WHY ARE THEY GOING TO CALIFORNIA? 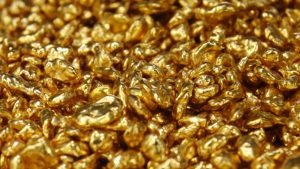 On January 24, 1848 gold was discovered on the American River near Sacramento 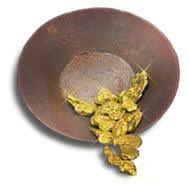 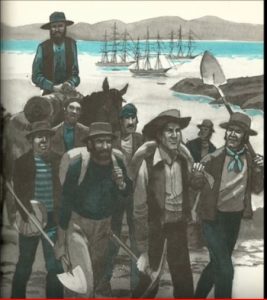 As news spread of The Gold Rush, tens of thousands of prospective gold miners traveled by land or sea to San Francisco and the surrounding area

HOW LONG DID THE GOLD RUSH LAST?

Striking it rich required not only skill, difficult and dangerous labor, but also luck!

After 1850, the surface gold obtained by an independent miner working with pick and shovel had largely disappeared, even though miners kept arriving for several years.

This brought enormous profits, but destroyed much of the landscape.

HOW MUCH GOLD WAS DISCOVERED?

Miners extracted more than 750,000 pounds of gold during the California Gold Rush,

a total of $2 billion

IN A VERY SHORT PERIOD OF TIME! 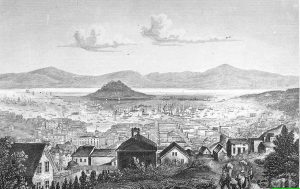 to become the  central metropolis of the new frontier 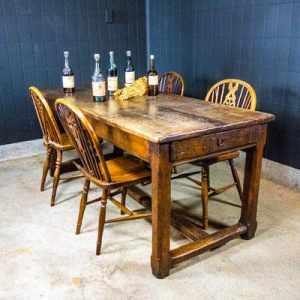 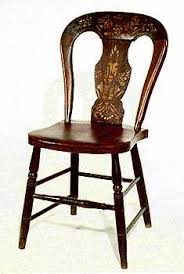 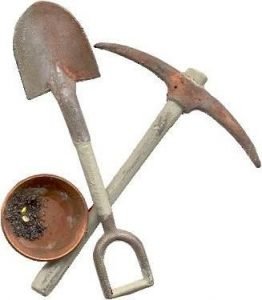 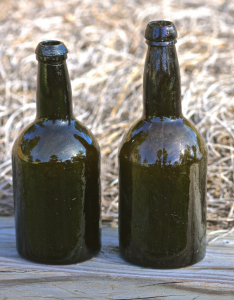 HOW MUCH IS THAT TODAY? 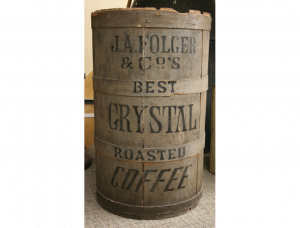 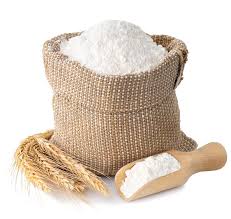 Read what the Smithsonian says

Edward Gould Buffum, author of Six Months in the Gold Mines (1850), described having a breakfast of bread, cheese, butter, sardines and two bottles of beer with a friend and receiving a bill for $43 – the equivalent today of about $1,200.

There were reports of canteens charging a dollar for a slice of bread or two if it was buttered, the equivalent of $56. A dozen eggs might cost you $90 at today’s prices; a pick axe would be the equivalent of $1,500; a pound of coffee $1,200 and a pair of boots as much as $3,000 when today you could get a decent pair for around $120.

HOW MUCH IS THAT TODAY?


Those that made the most money weren’t the miners themselves…

They were those who “mined the miners”!

AND SPEED WAS OF THE ESSENCE

There was a short window of time to fulfill these needs 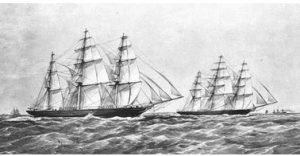 THE EAST COAST HAD THE ITEMS NEEDED…

But with no railroad across the United States or through Panama

THE BEST WAY TO TRANSPORT THEM WAS BY SEA 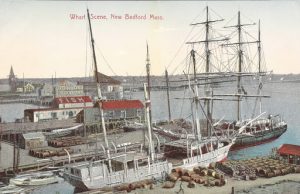 And..there were plenty of able seamen who had been involved in fishing, whaling or military operations

THESE CIRCUMSTANCES DROVE THE TECHNOLOGY

Less Cargo but of High-Value 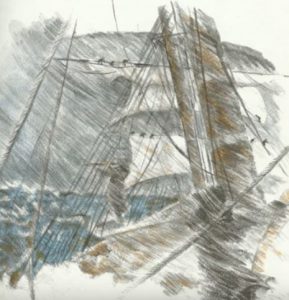 With no Panama Canal,

the ships had to go around

Cape Horn – at the tip of South America

HOW LONG WAS THE JOURNEY FROM NEW YORK TO SAN FRANCISCO?

about 3 and a half months!


MANY SHIPS MADE THE JOURNEY 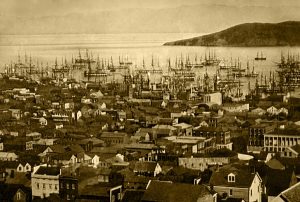 Today’s Yerba Buena used to be a cove where ships would enter the city.


When people flocked to San Francisco during the Gold Rush, they often came in vessels that were in such poor condition that they could not sail again and were left to rot where they stood. Others were simply abandoned by sailors “jumping ship” to go off to seek their fortunes.

With all these newcomers came the need for homes, hotels, offices, bars, restaurants, banks and churches. Many of these ships were  converted into buildings to suit these purposes.

The whaling ship Niantic was intentionally run aground in 1849 and used as a warehouse and hotel, and was a prominent landmark in the booming city for several years.


A massive fire broke out on the night of May 3, 1851, and gutted nearly the entire city. Many ships went up in flames and sank in the bay. After the fire, the waterfront was too unstable to rebuild upon, so the bay was filled up with earth from the nearby hills and the ships were forgotten.

But they continue to come up from time to time! In the 1990s, when the city dug a new light-rail tunnel beneath the Embarcadero, workers hit a ship named Rome. The vessel was so huge that they had to tunnel through it.

It is estimated that there are still between 40 and 70 ships buried underneath the streets.