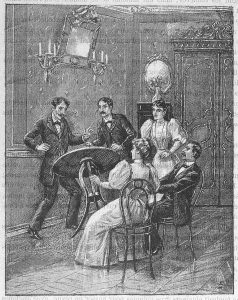 was part of the the Modern Spiritualism movement –

the belief that the living could contact the dead –

which first reached Europe from America in the winter of 1852–1853.

HOW DID IT WORK?

The most popular method of consulting the spirits was for several persons to sit around a table, with their hands resting on it, and wait for the table to move. If the experiment was successful the table would rotate with considerable rapidity, and would occasionally rise in the air, or perform other movements. 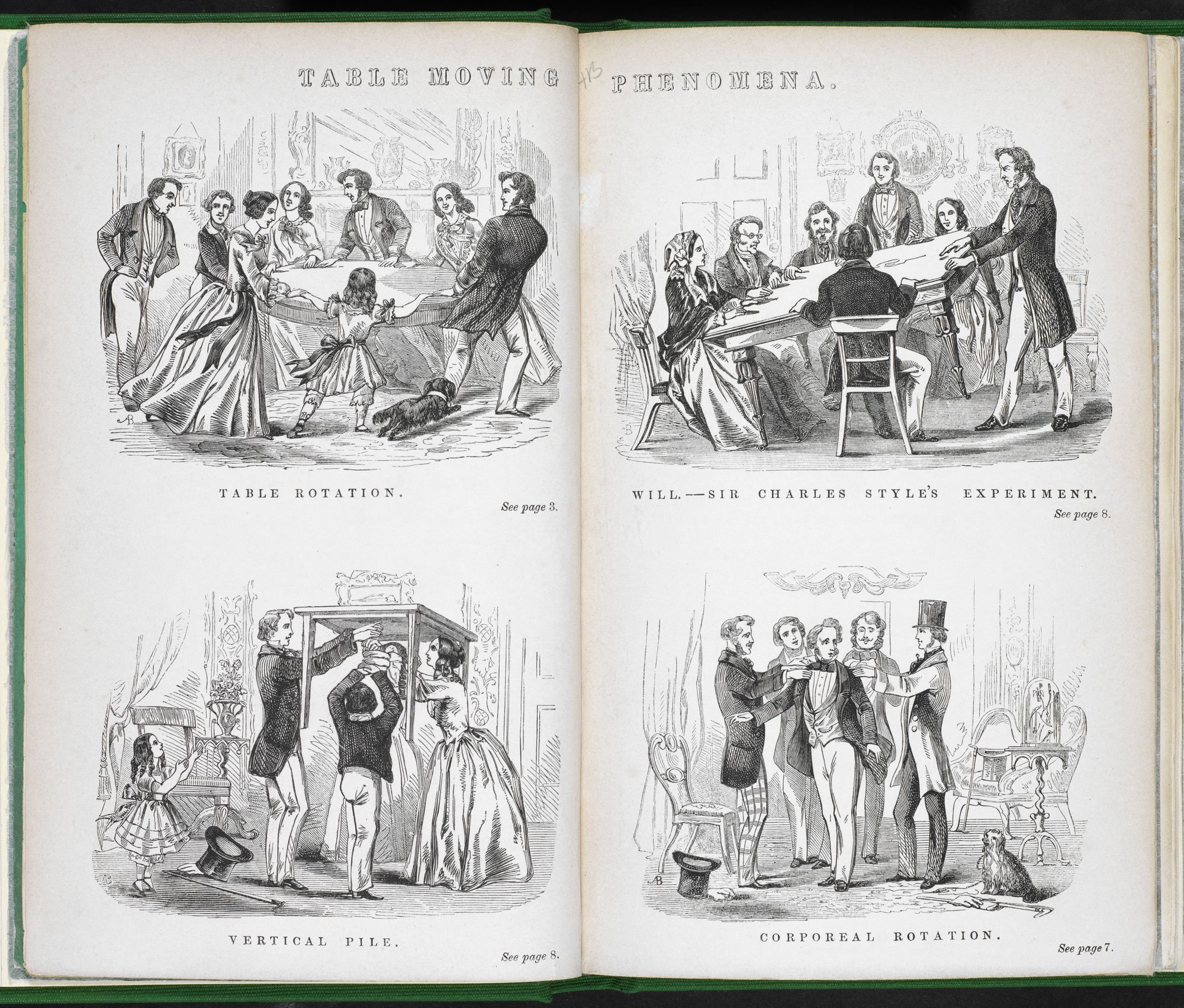 The alphabet would be slowly spoken aloud and the table would tilt at the appropriate letter, spelling out words and sentences, in a process similar to a Ouija board. 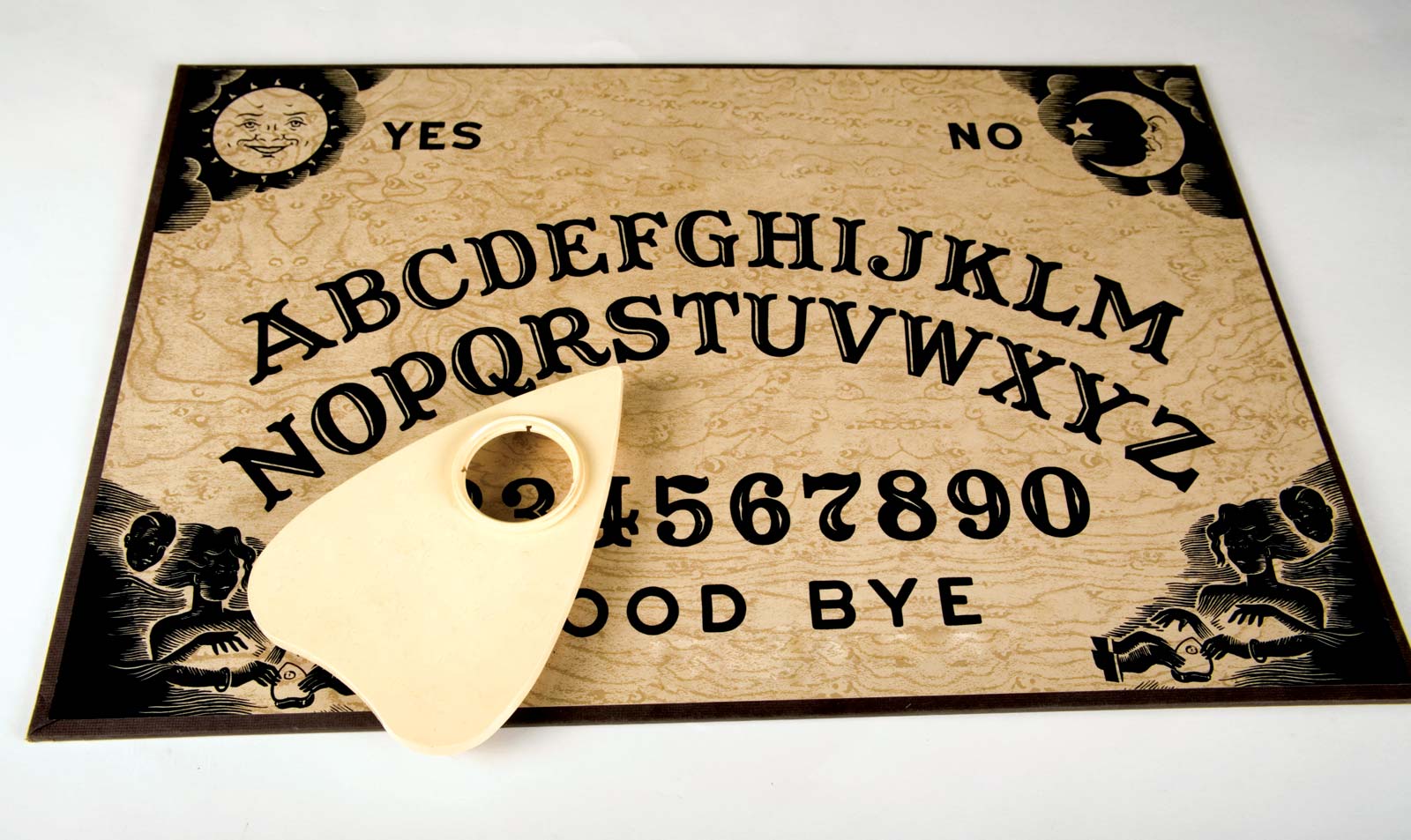 WHAT DID SCIENTISTS THINK? 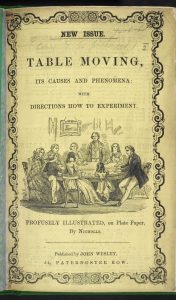 Scientists and skeptics consider table-turning to be the result of the ideomotor effect, or conscious trickery.

What Did Sarah Say About Table Moving?

Last evening I read in the New Bedford Mercury an interesting letter from Miss Catherine Beecher on table movings and spiritual rappings, and it was very good. I have no doubt that this table moving has furnished the clue to the mysteries of spiritual rappings. The table movings seem very obvious but that the medium powered the will that wills a table to do your wish is certainly very singular. I hope with all my heart that this whole subject and all its connection will be taken up and investigated by able, scientific men and they will be able to lay it and all its bearings open to the public. It is curious and I think would prove a most interesting subject. I wish we had a table or something of the kind on board that we could experiment upon. We live in a singular age – mind, seems full of life activity and inventions – excitement and go-aheadism seems all the fashion – all the world seems in a hurry. Delightful ease and quietness are hardly known – appear to be forgotten.

Two evenings while there we tried the table moving but did not succeed. On reflection, I think the failure was owing to the tables both were stands and most probably top and stand were separate. There are a number just such in this house and in every case the top can be raised. I shall get Mrs. Williams who came with us to Macao to write home and make inquiries. The first evening we took a very small square one – Mr. and Mrs. Williams, Mr. Anthon and myself sitting round it. We tried it over an hour all to no purpose. The second evening we tried a similar stand, only much larger – a large party of eight or nine all young, or pretty young folks and two children. This trial continued most faithfully for more than an hour and proved a failure.

While there, Mr. Nye mentioned to him the absorbing topic of “table moving” – he shook his head most incredulously, but Mr. Nye producing the “Book and Key”, showed him that experiment which seemed much to stagger him.

Four of us tried table moving, but without the slightest effect. I mentioned it to Mr. Happer today. He said he did not believe that the experiment would succeed in summer – mentioned that it was almost impossible to extract a spark here from an electrical machine during the warm weather. In the winter they work very well. This accounts for it and it is just what I have said ever since our first trial at Hongkong – that I believed it was owing to the climate and the languid weak state to which it reduced the human frame. There is not life or electricity enough in us to produce the desired effect.