The Howlands enjoyed the company of Mr. & Mrs. S.W. Williams while in Macao.

First US professor of Chinese language and literature. 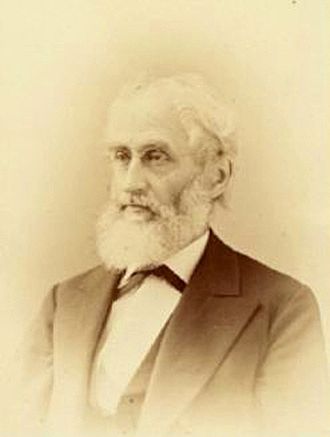 
His family was involved in journalism and printing.

He married Sarah Simonds Walworth in 1845.

They had several children, all born after 1853. 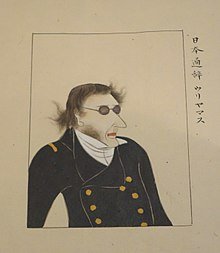 
Williams moved to China in 1833 to run a printing press for foreign missions.


In 1853 he was assigned to Perry’s expedition to Japan as an interpreter.


Although he was fluent in Mandarin Chinese, he had little experience with the Japanese language.


He also collected plant specimens for the expedition.

Williams kept a journal which is thought to be the best private published account of the expedition.


where he became the first professor of Chinese language and literature at Yale University.


Samuel Wells Williams wrote an extensive 2 volume work on China in the year 1848.

Bayard Taylor lent it to Sarah to read on the journey from Macao to New York.

of the Chinese Empire and its Inhabitants

What Did Sarah Learn from this Book?

Yesterday I was much interested with the subject of Chinese education. I rather think no other nation would exhibit father, son and grandson all contending at the same time for the same prize, and on the father’s part, after repeated failures year after year, will they still try for the prize. Some are so old that they die from fatigue and excitement. This intense desire for success in literary studies does not arise from the love of learning itself, for there is little of beauty in their literature to repay them, but the hope of civil advancement. Learning being the great and only stepping stone to power.

In another chapter the Chinese family relation is spoken of: the respect and care taken of age, etc.; the love of children, particularly of sons. They would consider it a dreadful calamity not to have a son to revere the memory of their ancestors and worship at their graves. Large families are common with them; nine families of Chung Kung’s inhabit one house. All these were his descendants and at the table of Chin, seven hundred mouths were daily fed.

Speaking of the cultivation of the land and its various products, Mr. Williams says that it is not known that one acre of land in all the Chinese Empire is sown with grass seed.

In China the stork is considered with the Tortoise and Fir trees – one of the emblems of longevity, and the three are grouped together on visiting cards at New Year’s in a pretty picture implying the wish that there may be many happy returns of the season.

Mr. Williams also speaks of Tibet as connected with the empire. Speaking of their dead, says they are exposed in the same manner as with the Parsees, the bodies of the lama only being burned. It seems to be one of the great objects of this people to prevent their increase as much as possible. The priests and lama are not allowed to marry, and one wife is sufficient for a large family of sons, the elder son has the right of choosing who shall be. In this he consults his fancy as the sexes are not kept apart as in China.

Mr. Williams gives a very interesting account of the Chinese pheasants; they are a magnificent bird. There are the golden and silver pheasants. The prevailing colors of the golden are yellow and red, finely blended with each other in different shades. The silver pheasant is the largest and is more stately in its gait. Its silver back and tail only show the more beautifully in contrast with the steel blue of the breast and belly. It is one of the most splendid birds known. The females of both species present a remarkable contrast by their plainness and humble bearing. The Phasianus Superbus, or bar tailed pheasant, is another magnificent member of the genus, remarkable for the great length of its tail feathers, some have been seen seven feet long; generally they are four feet. Their body is not so large or showy as the silver pheasant, nor so graceful in its movements.

One of the most remarkable of the tribe of monkeys is the Douc or Cochin-China monkey which is also found in Kwangsi, a province of China – one of the eighteen. It is a large species of great rarity and remarkable for the variety of colors with which it is adorned. Its body is about two feet long, and when standing in an upright position, its height is much greater. Its face is of an orange color and flattened in its form. A dark bank runs across the front of the forehead and the sides of the countenance are bordered by long spreading yellowish tufts of hair. The body and upper part of the forearms are brownish grey, the lower portions of the arms to the wrists being white. Its hands and thighs are black and the legs of a bright red color; while the tail and a large triangular spot above it, are pure white.

This morning finished the first volume of Mr. Williams’ book on China – six hundred closely printed pages. The latter part of this volume has a number of translated extracts from the Chinese literature. I have found them very interesting. There are some from the writings of Confucius, also of his disciple Mencius. Mr. Williams says Mencius flourished about eighty years after the death of his master and although in estimating his character it must not be forgotten that he had the advantages of his example, still in most respects he displayed an originality of thought, inflexibility of purpose and extensive view superior to Confucius and must be regarded as one of the greatest men Asiatic nations have ever produced. Mencius was born 400 B.C. in the city Tsan, now in the province of Shantung.

What Did Sarah Think about this Book?

Next week I hope to commence “The Middle Kingdom”, an extensive work on China by S. Wells Williams, long a resident of that country. It belongs to Mr. Taylor. Mr. Contee read it when we first left China and says that it is very dry, but his opinion does not deter me. I have made three visits to China and know just next to nothing of the country. I am determined to know something even to wading through the “Middle Kingdom”, even if it be “dry as dust” as Carlyle would say.

I find parts of Mr. Williams’ work on China very interesting, none of it as dry as Mr. Contee represented.

Yesterday I was much interested with the subject of Chinese education.

In another chapter the Chinese family relation is spoken of: the respect and care taken of age, etc.; the love of children, particularly of sons.

Mr. Williams gives a very interesting account of the Chinese pheasants; they are a magnificent bird.

One of the most remarkable of the tribe of monkeys is the Douc or Cochin-China monkey which is also found in Kwangsi, a province of China – one of the eighteen.

This morning finished the first volume of Mr. Williams’ book on China – six hundred closely printed pages. The latter part of this volume has a number of translated extracts from the Chinese literature.

Have finished the “Middle Kingdom”. Found it a very interesting book, full of the information on China that I wanted. 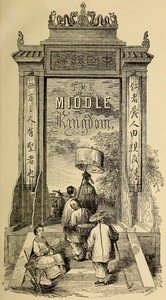 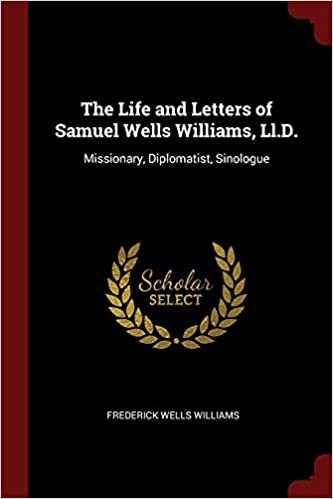