Mission Dolores was founded on October 9, 1776,

both members of the de Anza Expedition,

and with evangelizing the local Natives, the Ohlone. 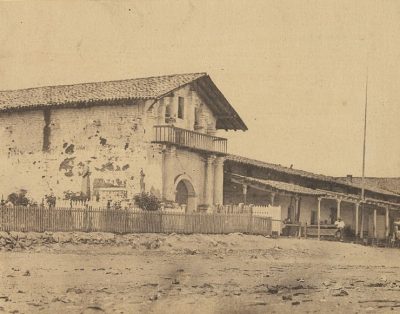 The present church was constructed 1782- 1791 and is now located at the intersection of Dolores and 16th streets.

This mission establishment that we visited was formed by the Spaniards in 1776 at which time the buildings were erected. The story goes that the priests used to go out and catch the Indians with the lassos, bring them into their establishment, baptize and then make them stay. For the truth of this story I do not vouch, nor anyone else I believe. The building is of adobe and consists of a church at one corner, attached to which is a long low building completely enclosing a large open square. The whole establishment looks old and quaint, particularly the very old fashioned tiles with which the roof is all covered. We were admitted at once to the church; one of the priests acting as showman. We found him very polite. The whole furniture and adornments of the church were brought from Spain at that early period. The appearance presented by the interior of the church reminded me more of heathen temples that I had visited than of a Romish church. The room was very narrow, but rather long. The roof was an old fashioned beam roof painted in one of the colors in a sort of uniform figure. The whole length and breadth of the church directly back of the altar was covered with a variety of tinsel ornaments and figures. On these was no painting but on either side a figure – one I suppose represented the Virgin; the other I could not make out. On the altar was a number of very long, slender tapering wax candles. Also a variety of little flower vases full of flowers. One pair of the vases particularly attracted my attention. They were of light greenish color covered with pretty little china flowers. At some little distance from the altar but beyond the part occupied by the congregation were six pretty large figures, three on either side, arranged side by side close to the wall. These had a very heathenish look. In front of these also were small vases of flowers. Then came the little pulpit on the one side and hanging over that the only large painting. It represented a woman, I suppose the Virgin, standing while by her side was a little angel, and another weeping one, up in the clouds. The part of the church devoted to the congregation was covered with matting, this being laid over the natural floor of earth, hardened down but by no means in an even manner. The congregation either bring their own seats, kneel or stand, for not the sight of a seat did I see. Around this part of the church were hung some very common, small old paintings or engravings. The walls of the church inside of the whole building were very thick – the windows were small and high. The front door quite large and painted at the top, the same that was put there at the first. It had a very old singular look and looked as if the rain would find no difficulty in making its way through. There were several very original chandeliers to light this curious antique old place. The middle ones, of which I think there were two, were in the shape of the upper part of an old fashioned wine glass, point downward They were formed entirely of the inner part of oyster shells cut in a flat round shape. These were tied one to the other at the four edges. On the top, and of course directly on the edge – for the shells were the sole fabric – were the places for the candles. I dare say they looked quite pretty when lit up in the evening. The side ones were the same only more of a bowl shape. Truly, the invention and ingenuity of those good old priests was exerted when these originals were made. They are the only furniture of the church that came not from Spain. As we saw it today, so it has been since 1776. As I stood and looked around me, my imagination carried me back to the time of the good old founders and their Indian congregation. I seemed almost to see their dusky forms as they knelt in worship. Willie enjoyed the ride and sight seeing very much, particularly the scene presented in the enclosure; there were hens with any quantity of little chickens, a number of very little dogs. Willie at once took possession of one, lifting it up in his arms.

The mission flourished rapidly. The California missions were not only houses of worship, but they were also farming communities, manufacturers of all sorts of products, hotels, ranches, hospitals, schools, and the centers of the largest communities in the state.

The Indians lived in small communities, tilled the earth, processed wool into cloth, and received shelter, food, drink and apparel. 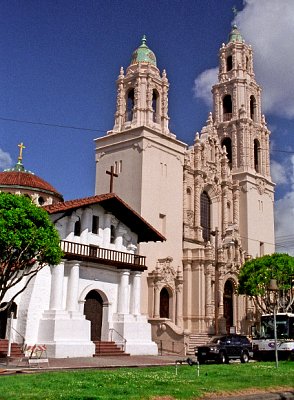 The Mexican War of Independence 1810-1821 strained relationships with the missions.

Supplies were scant, the Indians suffered terrible losses from disease and cultural disruption.

By 1842 only 8 Indians were living at Mission Dolores.

The California Gold Rush brought activity back to this area.

People wanted somewhere to go to get out of the bustling city life near the water with fresher air and less crowds.

The mission area was chosen but they needed a way to get there,

as there were swamps and sand hills in the way.

In the early 1850’s, two plank roads (along present-day Mission Street) were constructed from downtown San Francisco to the Mission area.

The swampy soft ground made this work very difficult;

one particular spot needed logs rather than pilings to build a bridge that nevertheless kept sinking. 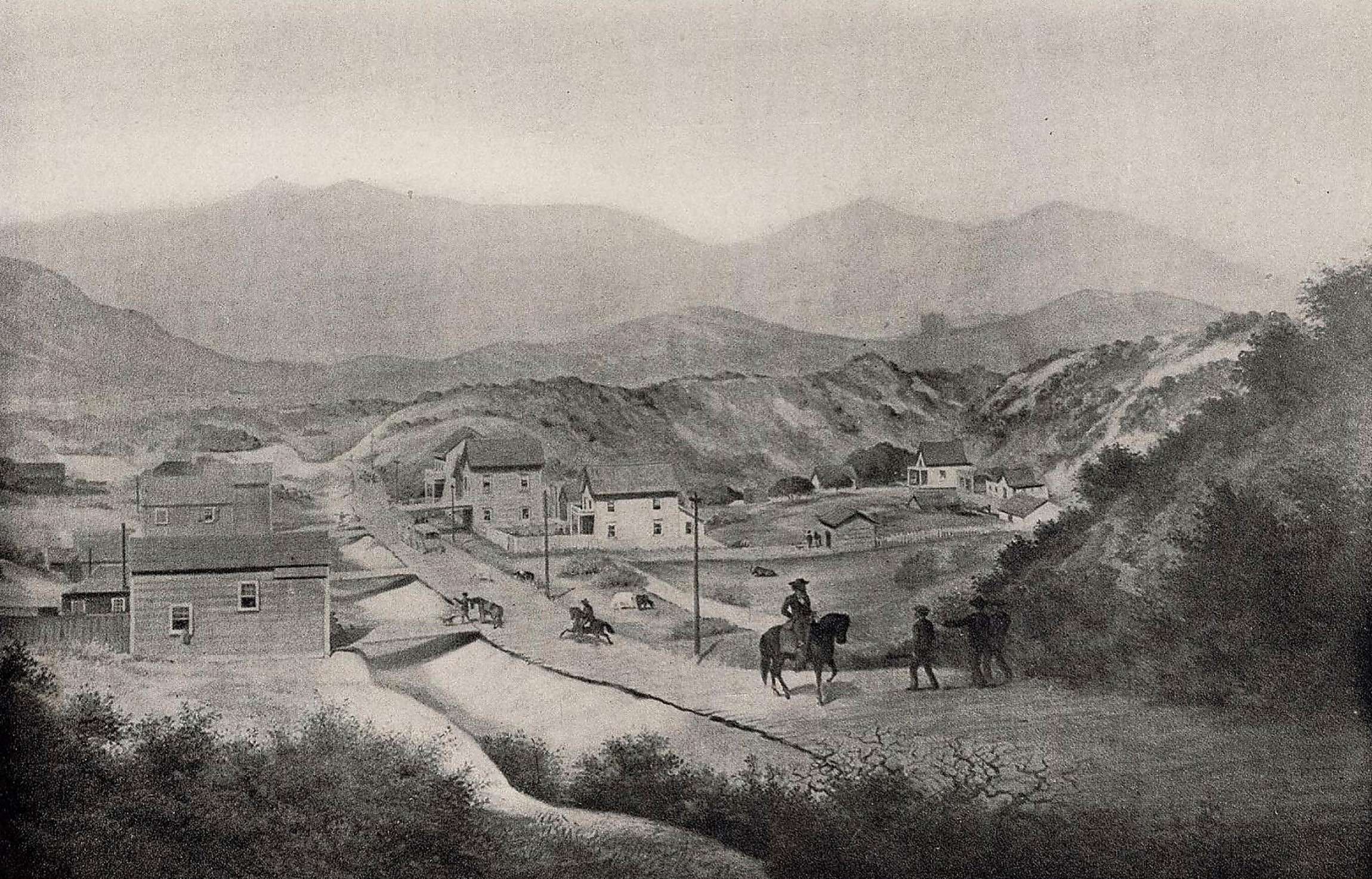 HOW DOES SARAH DESCRIBE THE RIDE TO THE MISSION?

Mr. Morgan walked in and told us to get ready as a carriage was all ready to take us out to the “Mission”. We were soon ready, also little Willie boy and in the carriage, Williams also went. The drive out there, of some three miles, is over a plank road. We had a fine large carriage and two good horses and our ride proved a very pleasant and short one. We passed some very pleasant places.

After the plank roads were built, the entire area became a popular resort and entertainment district.