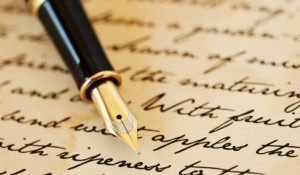 What are the “Letters of Junius”?
Who was Junius?
What was “The Conspiracy of Pontiac”?

A series of 69 political letters that were critical of the government of King George III were submitted to several London publications from January 21st 1769 to January 21st 1772, signed by the pseudonym “Junius”.

These became known as the “Letters of Junius”.

The Letters were noticed and talked about for generations afterwards

and spread throughout Europe in many languages.

There has always been wide speculation as to the real identity of Junius.

Charges were brought against several people who published the letters,

but the “true” identity of the writer is still unknown.

About 40 people have been suspected as the author.

Some even thought it was Benjamin Franklin, who was in London at the time.

Sir Philip Francis, an Irish-born British politician,  is now generally, but not universally, believed to be the author.

The French had cultivated good relationships with the Native Americans in the Great Lakes region through alliances and trade agreements, providing them with guns and ammunition for hunting and furs.

The British, however, commanded by General Jeffry Amherst, failed to establish trusting relationships with the Native Americans, treating them like conquered people. They did not continue the tradition of gift giving, as done by the French, and instituted harsh trading policies.

The Native Americans resented the British and wanted to protect their lands and their way of life.

This resulted in one of the largest Native American uprisings in American history, whereby 8 British forts were destroyed and hundreds of colonists were killed. It also led to further uprisings in other areas of the colonies.

The book The Conspiracy of Pontiac, written by Francis Parkman in 1851, indicates that this Great Lakes uprising was a coordinated effort of several tribes organized by chief Pontiac of the Ottawa tribe.

Francis Parkman also wrote The Oregon Trail, and is remembered as a notable national historian.

A fine day, rather warm wind carrying us six or seven knots.

We are now about one hundred miles from the equator. If this wind lasts we shall soon be in our own quarter of the globe. Something of a homelike feeling will I know from past experiences take possession of me. Then how eagerly shall we count the miles to San Francisco, and our letters and papers from home. I already feel restless for letters, particularly Molly’s.

This morning I commenced the second volume of Gibbon. I read the book slowly, not that I am not deeply interested but because I wish to read it thus – reading a little every day or two and letting my thoughts occasionally dwell upon it fixes it most strongly in my memory. It is a real pleasure to read Gibbon. His diction is so rich, clear, lofty and flowing – a book one can read aloud with ease and pleasure. Would that his style have some beneficial effect upon mine, which I believe is overflowing with faults. Williams is constantly, in conversation, pointing them out to me. I feel almost disheartened sometimes. I try to mend but my faults appear too fixed, and poor me too thoughtless and careless.

Williams and myself have been quite interested lately with the vexed question concerning the identity of Junius, having read two articles in the Littell, each advancing different and to me, new claimants for that honor. One a long sole article introducing Thomas, Lord Lyttleton to the reader as Junius; the other no less a personage than Lord Chatham. Williams and I gave the preference to the first. I have never read the letters of Junius but have read a good deal about them and feel much interested on the subject. I intended to have purchased it when last in New York but forgot. Must do so the first opportunity.

I wish from my heart I had something to write about but all things go on so quickly and same-like that one’s thoughts even seem to stagnate and this warm weather does not tend to mend matters. I may be alone in this stupidity. At any rate I must except Williams for today, he having just shown me a letter or rather part of one written this morning wherein is expressed in lovely terms both indignation, pleasure and approbation – the first against Dr. Parker, author of a most shameful sermon on the death of Webster – the last, awarded to Professor Tappan, author of “A Step from the New to the Old World” and to Mr. Parkman, author of the “Conspiracy of Pontiac”.

Yesterday I wrote a miserable letter to Mary Moore, I would that it had been one of my best – honor it, or none will have to answer. Since leaving home I have written many letters and am most heartily tired of the business and go to it now in a most spiritless way. Yet there are five more I must write soon. I would like to have written besides finishing off all the others. I only wish I felt in the spirit for a letter now. Williams will have it that I love to write letters. I suppose because I have to write so many, but it is no such thing. I love to scribble and that is all.