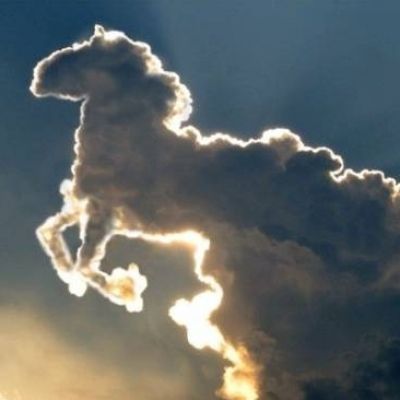 Bioluminescence is a phenomenon where the sea sparkles a neon blue or green or sometimes red.

This is due to a natural chemical process which allows living things to produce light in their body.

Marine creatures like some fish, squid, tiny crustaceans and algae produce bioluminescence to either confuse predators, attract prey or even lure potential mates.

We can witness this when there is lots of bioluminescence in the water, usually from an algae bloom of plankton. The bioluminescent sea will glow when it’s disturbed by a wave breaking or a splash in the water at night.

Algae bloom sea sparkle events are caused by calm and warm sea conditions. But you can see specks of bioluminescence when it’s created nearby by a light-producing marine creature.

One hundred and fifty miles – a warm day and have felt somewhat languid and lazy.

Read an hour and a half in Gibbon directly after breakfast, the first of it is very dull reading. After I read more in the narrative, I know I shall find it very interesting. This morning’s reading was a sort of prelude to the history, all very necessary but dry as dust. As to “King Arthur”, I am disappointed as far as I have read. From what I heard I expected to find it very beautiful and very interesting. So far, I do not think it either – not to be compared to “New Timon”. I may change my opinion, but I think not. A great deal of it seems to be very labored and very harsh – not at all musical. Certainly, it does not read as if it gushed from his soul.

This morning after Gibbon, wrote considerable; wrote to Horatia and Mary. How I should like to see them both. This afternoon I went up on deck with “King Arthur” and found Willie, Charlie and Colin sitting on one of the long benches with Mary on a small bench in front. Charlie was singing songs, Mary keeping time for him on the tin barrel of Willie’s little water cart. Willie was the very picture of delight and happiness and looked up with wonder on Charlie as he sang. There was one song that Charlie sang two or three times after I went up, how many times before I know not. It seemed to be Willie’s favorite. It had a chorus and Willie had become so familiar with it, that he joined in each time. They sat there listening to Charlie full an hour after I went up. Willie’s little bright, happy face attracted my attention, so much that I made slow progress with my poem, so sent Noah for the chessboard and called Colin away for a game. I unintentionally broke up the singing party and Willie came to kiss my hand and stand at my knee; in a few moments, however the awning was partly taken down with one side drawn up so as to form a sort of hammock. Willie, Charlie and Noah soon found this out, and in a moment all were hid from sight in the folds of the canvas, Willie’s voice however could be heard from one end of the ship to the other. I went with father to take a peek at him. For a moment he would be on his feet dancing in high glee, the next, tumbling and rolling on the canvas. He dearly loves to frolic, and he is as good as he can be all day. He is a perfect treasure.

This evening enjoyed a delightful walk of near two hours with Williams on deck. We always take this evening walk directly after I have seen my Willie is in bed and heard him say his little prayer and hymn. The stars were beautifully bright, and we had a fine wind. More of the phosphorescent appearance in the water we so much enjoyed last evening. Our sunset this evening was beautiful; the sun set behind a magnificent dark blue cloud, the edges of which were lit up with gold light as also the small clouds in the neighborhood. Occasionally the sun in its descent would pass a small opening in the cloud and would shine with splendor from this dark setting. But the ten bell collected us from this beautiful sight. After tea we all again sought the deck. The sun had set sometime but the whole heavens were lit up with the warmth of its departing rays giving the ocean the most beautiful of purple hues and then for the first time on this voyage we had those beautiful, fantastic and wild looking (for all such appearances do they present) grouping clouds so peculiar to Tropical Climes. These always take what the workers in indecipherable work call “shades of white”. I have often and often seen those clouds when they resemble beautiful groups of statuary. This evening one large dark one exactly resembled a monkey. Williams and myself amused ourselves with discussing its perfectness and watching its changes. There was another dark cloud resembling one of those fantastic looking Chinese boats and another white cloud beautifully shaded rose from the center. This, I told Williams, must be “Mercury”, it having the perfect resemblance of a man with wings on either side of the head. It was a beautiful picture. I also saw a head resembling a singular looking old gentleman living in New York. On our last voyage from San Francisco to China we used to see these resemblances to animals so perfect that even little Willie, without having his attention turned to them by any one of us, would exclaim, “Mama, that looks like a dog”, or bear or whatever else it might.