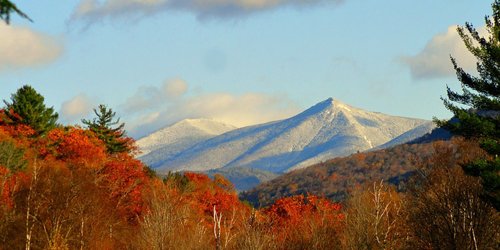 Walked on deck with Mr. Taylor a half an hour before breakfast. When I first went up it was delightful, but the sun soon became very warm. However, we have a nice little breeze and it is cool and delightful in the Cabin, and what is more, the wind is a fair one. I most sincerely trust that tomorrow will find us in the Java Sea. I fear we shall hardly leave the Strait today unless we have good deal more wind than we have had for a long time.

This is the first day of October, at home one of the most delightful months of the year; the weather just right for traveling and walking. What would I not give to see some of our mountains and woods clothed in their gorgeous autumn garb. I believe I should be almost intoxicated with joy and animal spirits. It is now four years since I beheld such a scene – a long time. Then it was just after our marriage and we were among the White Mountains. How I long to revisit those scenes again. And we were not too late to enjoy them in Canada. What a delightful trip was that then. I for the first and only time (I trust not the last) visited Niagara Falls then through the Lakes through the Western Part of New York, visited Ohio, visited George, went through the state of Cincinnati, in the Ohio to Pittsburgh where, through the attention of the Beelan family, we made a charming visit. Over the Allegheny Mountains to Harpers Ferry, from there to Washington, Alexandria, Mount Vernon. At Washington we were joined by Mary and John Cobb. John remained with us two or three days then returned direct home. We to visit Baltimore and Philadelphia. We were from home three months and they were months of unspeakable happiness and delight; going where we chose and remaining as long as we pleased. We often talk of revisiting many of these scenes again. I trust we shall and take our children with us. This month has to me many and many happy reminiscences. My own beloved mother died on the 16th, 1840; this month my dear, dear sister Margarette on the 2nd, 1835. I was married on the 3rd, 1849. My little Willie was born on the 24th, 1850. My husband was also born on the 20th, 1807.

This morning I was very much amused by a remark of Mr. Taylor’s. We were speaking of Boliver. I spoke of the wonderful change that had come over the tone of his last works – they were so vigorous, fresh and healthy – not the most fastidious parent would object to putting the in a daughter’s hands. Said I should like to know what had wrought the change. Oh! Said Mr. Taylor “nothing more than the water cure, he tried it effectually, and it restored both body and mind.” I looked up with a laugh. It is indeed a fact; you see the marked effect in his writings. 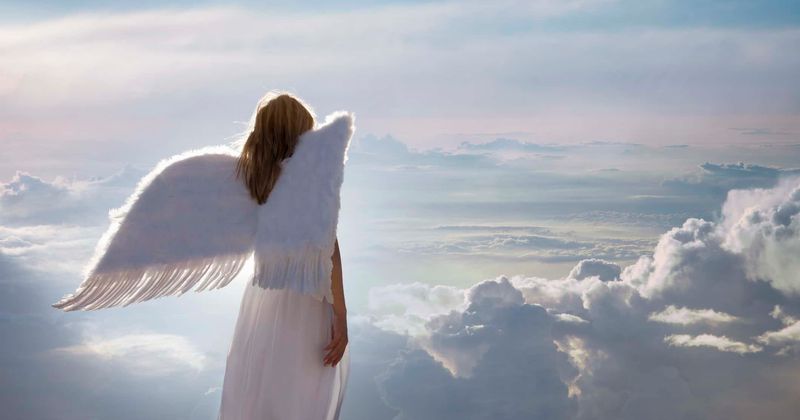 From A Visit to India, China and Japan in the Year 1853 by Bayard Taylor...

On the 2d of October a light south wind reached us, and
we left the dim, far-off headlands of Celebes—the land of sandalwood
groves and birds of Paradise. We made the twin
rocks called “The Brothers,” off the southern point of Borneo,
and about noon passed between the islands of Moresses and
Little Pulo Laut. The latter are noble piles of verdure,
rising a thousand feet from the water, in long undulating outlines.

It is Sunday and the anniversary of dear sister Margarette’s death. She was a lovely, beautiful creature, full of soul and intellect and I have ever felt her loss very much. I was a pet of hers and she ever took great pains with me in every way.

I read this afternoon “Sophia’s Memoir of her Julia”; I found it beautifully written and exceedingly interesting. Oh, what unspeakable agony it must have been for her parents to have parted with so lovely a child, so full of all gentle and lovable qualities, sweet, lovely ones. Their only consolation must be when thinking of thee that thou are unspeakably happy with thy Savior. May my death be peaceful and happy as thine’s. Are departed spirits allowed to watch over the friends they have left below? If so, it is a delightful thought. Julia seemed to feel quite confident that she should become her parents’ guardian angel.

Today has been a delightfully cool and pleasant one with a fine favorable wind. If it lasts we shall soon see the last of Java. Several small islands have been in sight, two not very near. The outline of one indeed two of them was bold and very fine.

For the last two or three nights I have had a bed made up for me on the floor, owing to the heat. thought Willie would sleep better alone. Every morning I have been awakened by hearing the little fellow talking to himself. He is very fond of this talking to himself, or soliloquizing as Mr. Taylor calls it. I feel when I hear him talking in this way as if I would give worlds could I but understand him, but I can only hear his voice. If I could but hear his little utterings, I think it would give me a much better insight into his intelligent little mind. I often ask him to tell Mama what he is thinking and talking about but cannot get any satisfaction. It makes me feel sad and unhappy at times and I feel as if all around will know him better than his own mother. Oh, this deafness, this dreadful deafness, it is a trial I can hardly bear. It makes me feel so very lonely at times – so cut off from all human beings around me. I have felt this more ever since leaving China. We are always talking in some interesting subject, but I cannot hear, cannot take any part in their conversations at table or elsewhere and have become a stupid cipher and what has made things still worse Williams will persist in sitting at the far end of the table from me, has done so ever since we left China. If he would but sit next to me as he has ever done I could appeal to him when I partly understand the subject of remark, but he cannot, will not understand my feelings on the subject.

Yesterday was the anniversary of our wedding day. I gave Williams a pair of beautifully carved dice boxes as a remembrance of this particular day. The first was spent at Portsmouth. We spent nearly all that summer there and remained till Willie was nearly four weeks old, when I left for New York. Williams soon followed us in our good ship, the building of which he had been superintending. Our second was spent at Macao, China. On the morning of our third, we left Whampoa (having left Canton the previous afternoon) for our homeward journey.

Our little Willie has looked rather sadly yesterday and today, has an angry looking boil on his forehead and two or three yellow pimples just over his right eye. This is the first time he has had anything of the kind, only excepting prickly heat. This is owing to the hot weather. I hope he will have no more. The foreign children in China have a great many during the hot weather, also many of the men and women. I do not wonder, their summer lasting as it does from April to November. How they stand it year after year I cannot imagine. I think it would soon kill me. Even the little while I am there I become so languid that it is an exertion almost to move. I think the English ladies bear the climate much better than the Americans. At any rate if they have that feeling of languor they do not give up to it, but take a good deal of exercise, walking and riding on horseback. The American ladies with but one or two exceptions that I know of, on the other hand, become as lazy and languid as possible To be sure, they go out for a walk as they call it every afternoon, but it ends in little or no walking. They have such comfortable open chairs and their coolies carry them along so nicely that they seldom muster resolution enough to leave them unless to take a seat on some low parapet where they can better get the cool air from the water. The ladies are fond of collecting at these cool places, there to talk and chat away. Preserve me from ever living in one of these out of the way limited society places. People do get such contracted, onside ideas and notions of matters and things and particularly where society is so equally divided between members of two nations, so jealous of each other as the English and Americans. It has the effect in great measure of making both bigoted and supercilious to a degree.

Yesterday, read a good deal in Heber’s Journal. I find it more and more interesting. It makes me long to visit the scenes that he describes; to see those magnificent palaces and tombs, many of which are so perfectly preserved though built centuries ago. Most of all do I long to go to Agra, then I would like to see the tomb of Akbar at Leoundra, his palace, etc. at Futtehpoor, also the palaces, temples, tombs, etc. at Umur and Tyepoor. Speaking of the palace at Tyepoor although several stories high, it has no stairs for the several stories but inclined plains of marble. The Bishop mentions that at Delhi and for some distance north and south, the river Jamuna does not confer any fertility as in this part of its course. It is strongly impregnated with natron of which there are extensive beds, making the water destroy instead of promoting vegetation. The whole extent of space between the high banks and the river is, when the stream is low, a loose and perfectly barren sand like the seashore.

Ali Mardan Khan, a Persian nobleman in service of the Emperor Shah Jahan constructed the celebrated aqueduct which brings to the city the waters of the Jamuna, immediately on leaving its mountains while its waters are yet pure and wholesome. The distance which it is brought is 120 miles. It is a noble work and gives fertility to a very large extent of country near its banks and is absolutely the sole source of vegetation to the gardens of Delhi, also furnishes the only drinkable water. It was reopened in 1820 by Sir Charles Metcalf.

Our wind yesterday and today has, though favorable, been extremely light. At this rate it will be some time before we see Anyer where I shall have the pleasure of seeing a Banyan tree. I looked up a book today and it gave me the information that there was one just on the landing place.