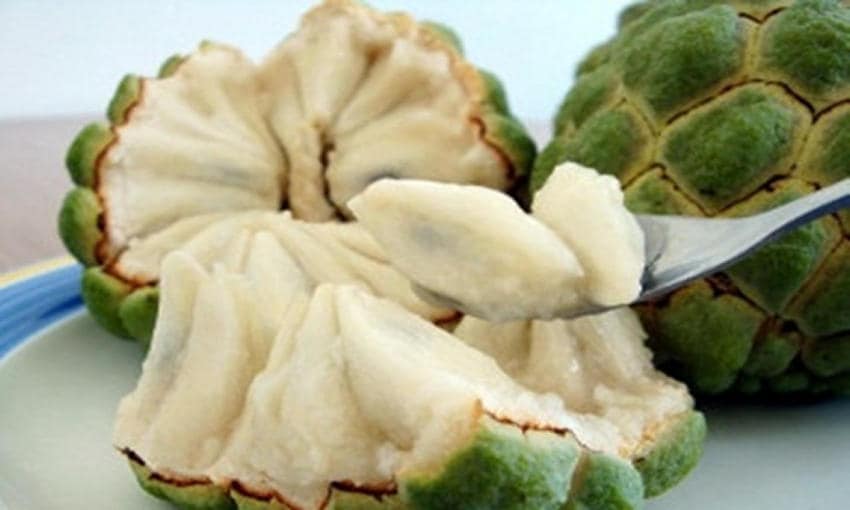 Spent Saturday evening, the 20th, at Mrs. Nye’s. Mrs. Redner and Mrs. Lewis came in to spend the evening – also Mrs. and Miss Sullivan. I thought these last were sisters, but it proved mother and daughter. They are English but the mother told me she left England when a mere child and has ever since lived either in India or China. Was married when but 14 years. She is now a very dressy, very young-looking widow, her husband was for a number of years the Governor of Amoy. They seemed pleasant and talkative. The other ladies, Mrs. Redner and Mrs. Lewis, I do not admire.

Yesterday finished and sent away my home letters and right glad was I to get them off my hands, it being too warm to take any comfort in writing. In the afternoon went to church. After church, a large party of us congregated at a beautiful spot on the new road, and sitting down on the stone parapet, spent a half or more hour. There was a little sea breeze, just enough to cool us. Before parting, we all engaged to take tea with Mrs. Fischer this evening. If I could have thought of a decent excuse I should certainly have made it, but none came to mind. I do not admire the lady or her daughters.

Willie walked yesterday with the little Hunters. On his return he picked a flower to bring me, which he generally does. They met Mr. Loureiro. He had a basket of custard apples and gave each of the children one. Willie accepted his with a “thank you” and immediately presented Mr. Loureiro with the flower. Mary said that the old gentleman was delighted and his whole party of wife, daughter and the Governor were very much amused and pleased – demanded Willie’s name, which he at once gave them.

This morning is very, very warm – a very little air and that heated. Have just finished a letter to Williams. Received two most welcome ones from him Saturday evening – none yesterday – expect one certainly this evening. I am tired of being here without him. 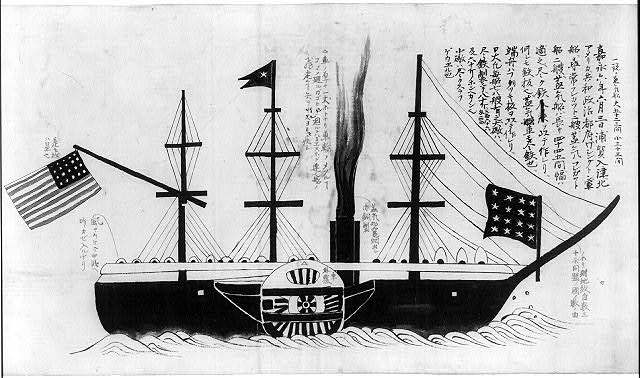 Received a dear, dear letter from Williams last evening. He tells me he hopes to join me on Friday. Not a letter from San Francisco by “Star of the Union” has appeared. I know not what to make of it, for there must have been letters there for us when the ship left. I must say that I think our friends have treated us with no little neglect. As for Mary, who has been with us the two former voyages, I really know not what to make of her – one letter, and not by any means a long letter, have we received from her. Two mails have arrived since being here and not a letter have we received. Williams says “out of sight, out of mind” but I cannot think it.

Spent last evening at Mrs. Fischer’s. Mrs. and Miss Nye also went. The evening passed away so-so. Four of us tried table moving, but without the slightest effect. I mentioned it to Mr. Happer today. He said he did not believe that the experiment would succeed in summer – mentioned that it was almost impossible to extract a spark here from an electrical machine during the warm weather. In the winter they work very well. This accounts for it and it is just what I have said ever since our first trial at Hongkong – that I believed it was owing to the climate and the languid weak state to which it reduced the human frame. There is not life or electricity enough in us to produce the desired effect.

While writing Williams this morning received a note from Mrs. Williams saying that she and her children would spend the morning with me. I sent word for her to come to dinner, so just as I was sealing Williams’ letter, in they walked. They remained with me till five this afternoon. Had a pleasant visit from her and Willie enjoyed much having the children here. They made a pretty noisy time of it. When they came Willie was at Mrs. Nye’s, having gone to spend two or three hours with Emmie and the little Munroe’s. As usually, the first part of Mrs. Williams’ conversation was somewhat at the expense of her neighbors – but strange to say she does not seem to have an idea that she ever talks scandal or gossip and says very severe things against those whom she says do thus talk. How very true it is that “we see not ourselves as other’s see us”. I could hardly help smiling as she volunteered one piece of information after another. But all our conversation was not thus – most of it was very pleasant. She is certainly a very intelligent woman.

Had another pleasant call from Bayard Taylor this morning. It was the first time that Mrs. Williams and he had met. Her husband became well acquainted with him while on board the Susquehanna. Mr. Taylor was determined to return with us. After he left, Lt. Contee called. He has also determined to return with us. He is not very well and seems most anxious to return home. I have engaged to play chess with him during the voyage. I rather think from what he says he plays the game well, if so, I wish he might succeed in making me a good player. He seemed quite delighted when I told him we had quite a library on board.

About five, Mrs. Williams took her children home to prepare them for their walk, I promising to join her at six for our walk. Mr. Happer joined us. We walked up to the favorite place on the new road. Here we were soon joined by Mrs. Nye and Miss Nye. On our return home, we passed the Parsee burying ground. I made some remark about it, and Mr. Happer said that it was their only burying ground; that it was only here that they ever buried their dead. Mrs. Williams mentioned that Mrs. Gorden who visited Bombay told her that their places for the dead were some distance from the city and that the bodies were laid on the ground entirely exposed and that the place was crowded with vultures, that she had seem them all on the walls, thick as the stones that are set round a ring. These animals pick all the flesh from the bones and that the near relations watch them while at their hurried work – are always most desirous to know which eye is picked out first. I am sorry I did not ask “why?”. Will try and think to do so.

After parting with Mrs. Williams and Mr. Happer, met Mrs. Hunter and Mr. Otis. Were told by them that the Susquehanna’s band was going to play on Mr. Spooner’s terrace. Just before reaching there we stopped our chairs and sat full an hour or more listening to the delightful music. Mr. Spooner in some way found out that we were there, came to us and invited us in. The Commodore was there and other company, and as we were in our walking dresses, declined. But he was so urgent that all promised to return after taking tea and dressing by myself. I thought home was the best place for me, shrinking from company as I do. Oh, how dearly would I enjoy all these things could I but hear as my neighbors do. This want of hearing makes me appear like a stupid know-nothing and I behave awkward and ill-at-ease. Seems to me I would give the world could it be restored, but I more than fear it never will, but only become worse and worse till I am indeed excluded from society. Shall know little of what passes round me, even what is connected with my most loved friends. As it is, I am forgetting how to talk. When will I feel resigned to this trial. God give me grace to bear it and to thank him with all my heart that it is no worse. If I were alone in the world I should care little about it, but on account of my husband and Willie I feel it to be a sore, sore trial. I fear I am doomed to another disappointment; the letter hour has long passed and no letter from my husband. 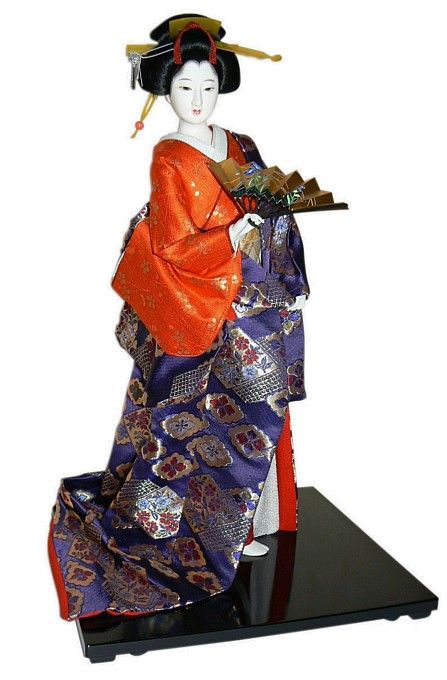 Japan: An Account Geographical and Historical by Charles MacFarlane

Williams is again with me. He made his appearance Tuesday night of the 23rd at one o’clock. I was fast asleep but the noise of opening the door awakened me – not at all expecting him, my first thoughts were of robbers. However he made himself soon known. Mr. Nye also came down.

Wednesday we dined at Mr. Nye’s – a family party. Also finished MacFarlane’s “Japan” and sent it next door. Have found it an extremely interesting book, have become much interested in the character of the Japanese as a Nation, there being none of the exclusiveness about them that characterize the government with their two Emperors at the head, though, in both instances, only nominal heads. From all accounts they must be a very intelligent, enterprising (as far as their government will allow) people. Polite, affable and full of honor. Their women are respected and cherished, well-educated, and most graceful and fascinating in society and home. Every Japanese high or low is more or less educated – all can certainly read and write. In no country are there so many schools. But at a certain age the children of the higher classes are removed and their education carried on to a much higher state of perfection. Women are frequently found among their best authors in history, poetry, etc.

Yesterday made some calls with Williams – a very lively, pleasant one at the Loureiro’s. Mr. Loureiro seems full of fun and so does his eldest daughter.

Last evening went down on the Praia to hear the band play. When we arrived there they had gone some distance back to the castle on account of the horrid music the Chinese kept up at their little theatre, a little shanty that they have erected for a week on the Praia and where they keep up their music and acting all night. The whole affair is exposed, the building having but three sides. Every passerby can see and hear everything.

In the afternoon we all took a delightful drive with the Robinets. The end of the evening was spent at Mr. Nye’s. This morning Williams and I had a long and pleasant call from Mr. Taylor. He says wherever he goes he hears our Negro melodies – on the Nile, in India, etc. Willie is to have his party tomorrow and Mary is busy making all sorts of nice things. We are engaged to dine at Mr. Nye’s – they are going to give a grand dinner for the Commodore.