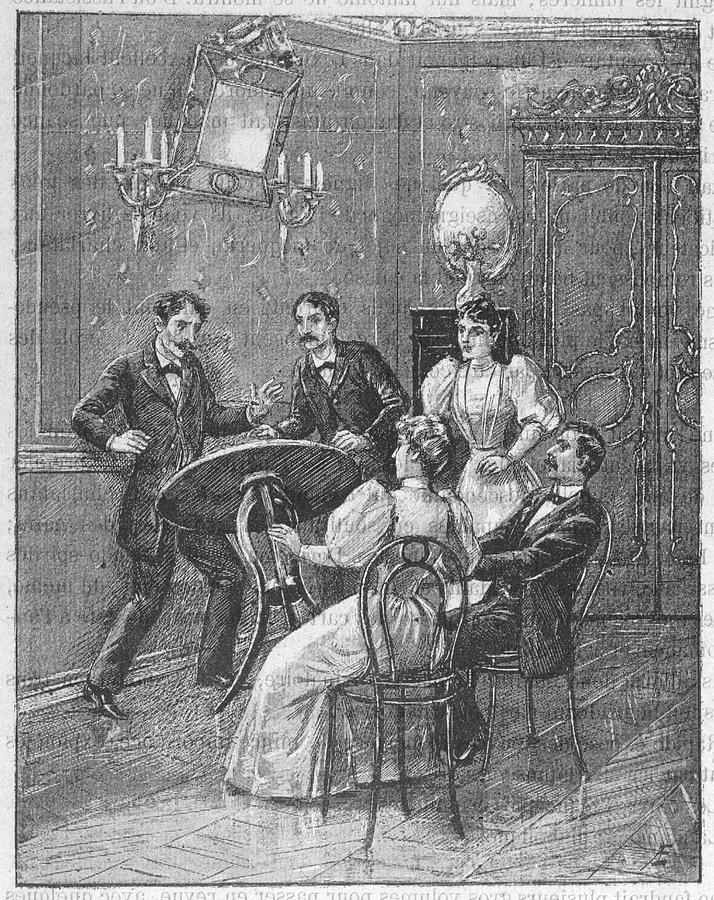 What is Table Moving?

242 miles today. This is our fourth day out and at twelve we were 1010 miles from San Francisco. Have been reading Gibbon and the “Nightside of Nature”. I have read about 150 pages in the last and have quite a notion to give the book up. So far there is nothing new to me but a string of horrible stories. I studied while at school and read much better books on the subject. They were terribly interesting to me but their unpleasant effect never passed away from my mind and if I go on reading this book to the end I shall surely be seeing sights or – just as bad – fancy seeing them.

I shall be truly glad when Williams’ new stock of papers is exhausted and we can resume our morning reading together. Our evening ones are also omitted at present on account of his ear. When we can sit down and read and talk together, I meanwhile, sewing, the days pass away pleasantly enough, but when I take a book and he takes a book or a paper – this day after day – I weary very much and particularly I do not feel in good spirits which sometimes is the case – today for instance. I don’t know why it is that I ever should feel so. There is no cause but there is an unaccountable weight that I cannot shake off.

Last evening I read in the New Bedford Mercury an interesting letter from Miss Catharine Beecher on table movings and spiritual rappings, and it was very good. I have no doubt that this table moving has furnished the clue to the mysteries of spiritual rappings. The table movings seem very obvious but that the medium powered the will that wills a table to do your wish is certainly very singular. I hope with all my heart that this whole subject and all its connection will be taken up and investigated by able, scientific men and they will be able to lay it and all its bearings open to the public. It is curious and I think would prove a most interesting subject. I wish we had a table or something of the kind on board that we could experiment upon. We live in a singular age – mind, seems full of life activity and inventions – excitement and go-aheadism seems all the fashion – all the world seems in a hurry. Delightful ease and quietness are hardly known – appear to be forgotten.

Our good wind continues. It will I trust. I have a longing today to see Molly – or indeed any of our home friends. Our dear children at home I trust are enjoying themselves and are happy. My thoughts turn to them every day and I long for the time to come when we shall make our family a loving, trusting, perfectly united one. I hope It will be – and I have not a doubt but that it will be so. God grant it ever may be.

Mr. Turnbull, our passenger, is certainly the most quiet of men. Never speaks unless spoken to and then seems too bashful to look one in the face. He looks very delicate. I hope his voyage will be of service to him. As yet I have had very little opportunity to converse with him. I believe he keeps to his room most of the time – does all evening – quite a contrast to our passenger, Mr. Burney, of last year. I do not find it very pleasant to walk on deck unless with Williams. There are ever some twenty or thirty Chinese watching my every movement. I suppose before long they will get tired of this. I am sure I hope so. 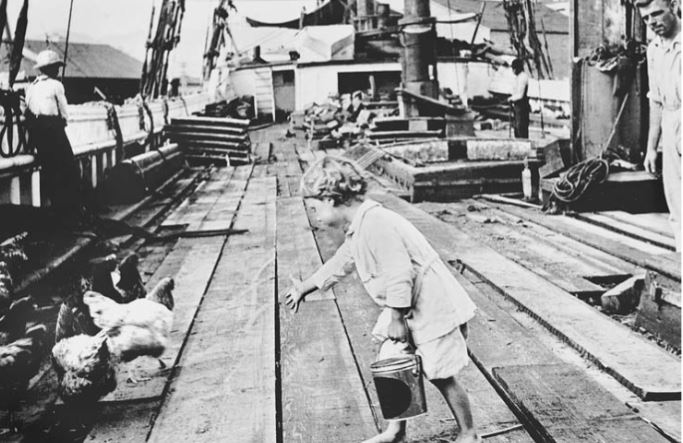 The Night-Side of Nature by Catherine Crowe

Had nearly walked my usual time with Williams this evening when it commenced to rain. Two of my walks today have ended thus. Talked with Williams about Mrs. Crowe’s book – which notwithstanding my notion of giving up yesterday, I have been reading nearly all day. The book is interesting, but I do not like it. The lady seems very credulous, believing in ghostly apparitions, wraiths and everything else in any sort of fashion connected with them; gives perfect credence to what seems to me, the most silly ridiculous story. Her ideas of the spirit or soul after death is not at all pleasing to me though she seems to think much to the contrary. It made me think of Dante’s purgatory and heaven with all their circles; and the so restless spirits who wander about between the two – not good enough for the one, nor bad enough for the other their restless unhappy spirit drawn more earthly than elsewhere – tormenting friends and acquaintances. The delights in German Literature and beliefs in nearly all their superstitions and marvelosities. Williams has a firm and beautiful belief in angel guardianship – not only a belief but a conscious feeling of watchfulness exercised over him. This must be a delightful feeling. I wish I had it. I know that we are all under the watchful care of our maker, God, but then I have not that abiding conscious feeling.

Had a fine run and play with Willie on deck just after tea; we rolled an orange from one to another till he tired and then we had a game of hide-and-seek – Willie’s prime favorite. We have four or five games of it everyday. Then Mary made her appearance with his water barrel and hose and off the little fellow went drawing it after him on deck with orange on the rider’s seat. This lasted for awhile, when he asked for something other that neither of us could make out. As the little fellow sounded very anxious for this particular thing that sounded like rattle. I told Mary to take him down and let him find what he wanted. He went off delighted. Mary said he pointed to the upper drawer of the bureau as certain to find it there, examined most carefully, went to every drawer then to those under the berth, but evidently did not find what he was in pursuit of, but on the bottom of a lower drawer saw my large atlas of the Heavens. “This is what I want”. Soon he was on deck and delighted with the starry animals, and forms there portrayed. Willie has seen this atlas before, but months ago, sometime during our last voyage, but I cannot think that the child remembered ought about it. He found not what he wanted but the appearance of this pleased him, and he was perfectly satisfied to have it.

One day when we were at San Francisco Mr. Morgan picked up in the street a child’s ring with a stone. He gave it to me as it suited my little finger. I in turn gave it to Willie who wears it constantly day and night, never attempts to take it off. It looks very pretty and cunning on his little fat hand. “Mama gave me this pretty ring,” he says when asked about it.

Some two or three weeks before we arrived in San Francisco Willie fell on deck and hit his cheek, I know not against what and for a long time it looked quite bruised. When that passed away it left him with a very decided dimple in that cheek. I laid my finger in it, felt a small hard lump, it has been there ever since and I think has grown larger. It troubles me. I spoke to Williams about it night before last. He thinks it nothing more than the contraction of a muscle. I hope from my heart he is correct. Dear precious little Willie, he becomes every day more affectionate – more dear and engaging. It seems as if my very life was bound up in his. And then his little bright, intelligent mind develops itself so beautifully. May we be able to guide it aright, also his disposition and the feelings of his heart – check and prune where necessary and aid to develop all that is lovely and beautiful. Willie has a strong will of his own, and strong passions and needs a tender, firm government. He is very reasonable and becomes more and more so – when wrong a look of regret or sorrow from me is generally all that is necessary. His little arms are round my neck in a moment and his kiss on my cheek and lips. He is indeed very very dear to us. I feel truly sorry that this lovely child should see so little of childhood. I cannot believe that the effect is good, however, I hope when this voyage is over he will have plenty of children playmates. 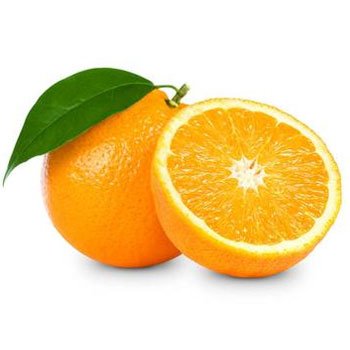 A lovely Sabbath day, but our lightly laden ship is rolling away at a great rate as she speeds on before the wind, sails square and studded sails all out. This arrangement of sails I do not admire. There is nothing graceful as one stands on deck and gazes upwards and sees those huge arms spread out on either side. We are now but little north of the Sandwich Islands and the weather is becoming quite warm. In a day or two I shall have on white dresses again.

Williams has read aloud the morning service and several chapters in Job. I his only listener. I thought of thee Molly dear, and wished thou were on the other side. I should have much enjoyed a chat this morning.

Everyday since leaving San Francisco I have prepared an orange for Willie’s lunch – this he takes directly after his bath and before his morning nap.  As he kisses his papa, who always puts him in bed, he says every day “now dear mama fix a nice good orange for dear papa” and looks pleased enough when I ever give him my glad consent. I think papa enjoys the nice orange sprinkled with sugar nearly as well as Master Willie boy. I am sure I enjoy seeing them eat them. There are very few fathers who see so much of and know so perfectly well their child as Williams does his. It rejoices me that it is so, our child is ever under our eye – both parents know well his disposition and character and oh what a relief it is to me to look to Williams when I feel the greatness of any responsibility. It is so pleasant to go to him for advice and assistance. We almost always commence our evening walk with a little chat about Willie.

249 miles today, nine more than yesterday. If our wind continues we shall pass Honolulu in two days sail. I wish with all my heart it might. In that case we shall make the shortest passage there from San Francisco. I should commence writing to Mary today, but the ship rolls so much it is almost impossible to write.