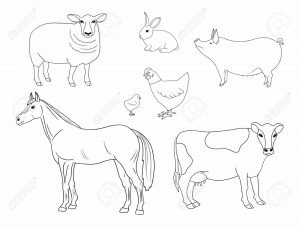 A cloudy, warm day – very little wind and that not the most favorable. Our expectations had been so much raised that we find the present state of things not a little trying.

Have just been reading to Colin. I read to him awhile every day, more than he is able to read himself. Poor boy, he looks sad. I wish we had it in our power to do more for him. His head troubles him and his deafness is not better. The more I know of this boy and the state of his health the more deeply I am surprised that his mother should have ever thought of his taking such a voyage, unless accompanied by herself. He has a complication of diseases and some are such a nature as to require a mother’s constant care and knowing all this as she must have, and sending him in the manner she did without medicine of any kind, or conveniences for sickness, looks, to say the least, very strange and very careless.

This morning have been writing for Williams and reading history. The cleaning process continues to go on but it will all have to be gone through with again if we are not more favored as regard to wind, for at the rate of the last three or four days travelling it will be a long time before we see San Francisco. We have plenty of birds around the ship today and this morning while writing they kept me constantly acquainted with their near neighborhood. It is most pleasant to hear their animal sounds, than those which proceed from our own ship. One could fancy himself at times surrounded by a barnyard.

There lies little Willie on the floor kicking up his heels while before him is spread a large sheet of paper and he with pencil in hand is most deeply engaged in making horses, cows and old men. With his horses and cows heads he succeeds very well and his mens’ heads are at times excellent. They are ever most expressive. There is no mistaking one of Willie’s heads. 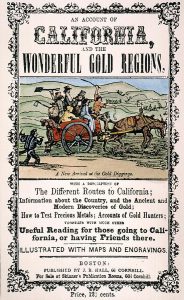 A beautiful day but very little wind. It is eight days since we have had anything like a good breeze. The last twenty-four hours will probably be the best we have had during that time – this truly is not a little trying. Day before yesterday we passed the brig “Leverett” from San Plas on the coast of Mexico. She was in sight early in the morning and as usual it was nearly calm. After breakfast while on deck Williams said, “That vessel is from the coast. I have a mind to send a boat on board of her and get some sweet potatoes.” Very soon however we saw a boat coming over to us. I hoped the sweet potatoes my husband wanted were coming but alas it was not a giving visit but a begging one; the captain of the “Leverett” came in the boat. He told Williams that their usual voyage of a week to San Francisco had already been protracted to twenty-four days, owing to the unusual continuing calms and that he had thirty Spanish passengers and twenty-four children, also that he was carrying three hundred hogs to San Francisco and that said hogs all had the measles, truly a delightful situation. He moreover added that their bread had become so musty that they had not been able to eat it for several days. Williams gave him a cask of sea biscuit.

This Captain Woodruff gave us three pieces of information: the loss of two of the Pacific Steamers and that a railroad from our part of the United States to California was determined upon. The account he gave of the accident of the “Independence”, one of the steamers, was very sad. By some manner of means she ran on shore at the island “Santa Margarita”. Here she took fire and half the passengers of whom she had, I think, three hundred were either burned or drowned. The rest got safely on shore and were there fifty-six hours without either food or water when discovered by some sailors who had landed from a whaleman and climbed to a neighboring hill. This whaleman took all these poor starving creatures on board and carried them to San Francisco. What a merciful deliverance. The other, the “Tennessee”, went on shore in a fog at the entrance of the San Francisco harbor – the passengers and ship company were all saved; the steamship an entire loss.

Williams has been suffering this last five days with a gathering or rather ulcer in his ear. This is the fourth time that he has been thus troubled in that ear. It has, he says, affected the hearing of that ear a little. I trust the other ear will not suffer. I trust that my own dear Williams will never suffer from deafness. May that and every other ill be warded off from him.

I have been quite busy the last few days. I spent a good part of Sunday last writing. Monday and Tuesday I took the entire care of Willie – Mary being engaged with her washing and ironing. Willie was as good as possible from morning to night and we had as Frank says “a very nice time”. Willie loves dearly to have mama attend to his wants and do the things for him. And now I must write a letter to Lucia. 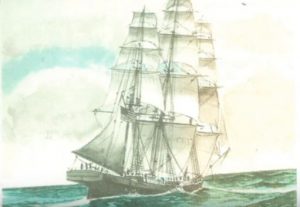 “Hope deferred maketh the heart sick”. Our winds continue light and variable – have not made as much progress today as yesterday and then we are going far to the westward, when we want to go very much to the eastward. Have been writing most of the morning for Williams and self. I read a little of “Cato the Younger”, shall finish it now. It is a lovely day, enjoyed a little walk with Willie this morning. Poor Colin Campbell continues very unwell.