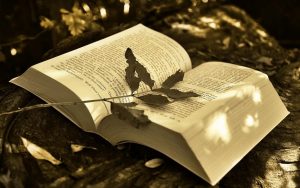 Life of Napoleon by John S.C Abbott
Queechy by Elizabeth Wetherell
My Novel or Varieties of English Life by Edward Bulwer-Lytton
Memoir of Mary L. Ware

A fine day; good wind, about ten knots. Willie and Williams rather better. I keep Willie as much as possible in the open air which is very agreeable to him.

We have left New York for a long voyage with a new and bad stove. It is a condenser and the inventor I suppose thought that the most important quality, for certainly he seems to have overlooked all else. To cook a meal really requires a grand effort, and then we have to take it when we can get it. This is something new for our hitherto most regular sea life. Our steward groans most sadly over it. He told me yesterday that he “couldn’t do nothing at all” – that “he’d been thinking that as I was all alone he would do more for me than he ever had – make all sorts of nice things –  but now Missy you see I can’t do nothing; better have stayed in New York”. Poor steward. I fully appreciate all his intended kindness and certainly am most sorry to forego it. But I could not help laughing at this most sorrowful face; telling him at the same time, “that he must do his very best, as he would become accustomed to the stove.” “How Missy, how”. Williams talking to Mr. Larabee all dinner time about contrivances of improvement for the stove.

Am reading Abbott, “Life of Napoleon” and like it extremely. He seems to take a most clear and just view of the man and his acts. Napoleon certainly was a very, very wonderful man with powers of mind unequaled; so superior and universal. Of course, there have lived men who in particular branches may have far excelled, but none, I believe, more so universally great. And then, the qualities of his heart were good. This has been denied, but who can read this history or any other where justice is at all done him and call him selfish, hardhearted and cruel. Justice is being rendered this wonderful man and will continue to be, more and more so. For his sins, Europe and most particularly England are answerable; they would not let him in France enjoy the peace they so earnestly longed for – but by their injustice hurried him on his too ambitious career.

Since leaving home I have read “Queechy” – interesting, a very good book. I have also finished “My Novel or Varieties in English Life”. It is excellent – very, very interesting – fine characters of so much interest introduced; I only wish the concluding part had not been written. I like it not at all, there is a sort of malice about it. Randal Leslie was indeed bad enough, but I think it would have been better to have left his future career to the imagination of the reader. It would better have closed with the death of Egerton. I am also reading the “Memoirs of Mrs. Mary Ware”. I have as yet read but little of it, but expect to find it very interesting. I like this memoir reading, when it is good, very much.