and, while illegal, it was generally considered a proper way to settle disputes. 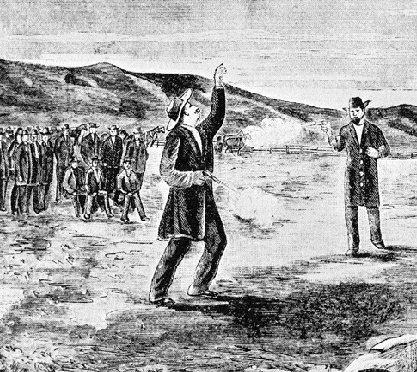 San Francisco during the Gold Rush was truly the “Wild West”.

The population had grown so rapidly that law enforcement could not keep crime in check.

There were Vigilantes who took matters into their own hands and several hangings occurred.

And there were Duels.

What is a Duel?


Going back to the medieval period, men often defended their “honor” by engaging in man to man combat using certain “rules”.

Typically, each man worked through a “second” who first tried to reconcile the parties without violence.

If there was an apology, the matter was usually ended.

If not, the time, place and weapons were chosen.

The duel usually ended when “honor” had been satisfied. 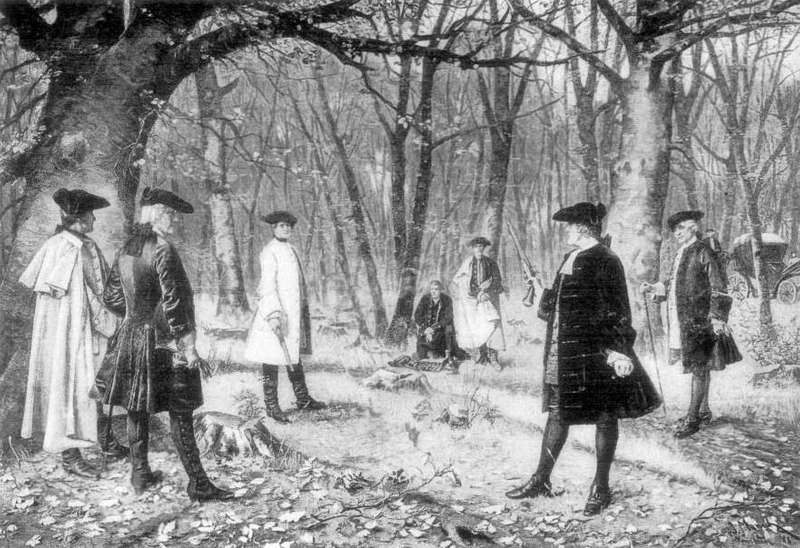 In the United States, duels were often fought by politicians, newspapermen, or attorneys.

Abraham Lincoln almost fought in a duel, as did Mark Twain.

The custom of fighting duels is deplorably common among the higher class of people of San Francisco. These encounters are generally conducted in a manner which must appear somewhat strange to the natives of other civilized countries. There is little delicate privacy observed on the occasion. On the contrary, the parties, or their immediate friends, invite all their acquaintances, who invite others to go and witness the proposed engagement. It is sometimes announced the day before in the newspapers–time, place, parties, weapons, and every particular of the ceremony being faithfully given. That no price is mentioned for the sight, seems the only thing that distinguishes the entertainment from a bull or bear fight. If two notable characters be announced to perform a duel, say at the mission, half the city flocks to the place, and, of course, the spectators are much disappointed should nobody be slain. If the bloody entertainment be advertised to “come off,” say at Benicia or somewhere in Contra Costa, the steamers of the eventful morning are densely packed with those who prefer the excitement of a gladiatorial show to the dull pursuit of business, or loafing about the streets.

WHAT WEAPONS DID THEY USE?

The favorite weapons are navy revolvers. The antagonists stand back to back, walk five paces, turn suddenly around, and fire away at their leisure, till one or both are wounded or slain, or the barrels are all discharged.

Sometimes rifles are preferred. With these deadly instruments many men can lodge the ball within a hair’s breadth of a given mark at forty paces off, which is the usual distance between the parties in a duel of this description. 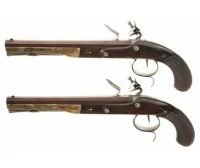 WHAT DID SARAH THINK ABOUT THE DUELS?

Mr. Morgan has just called in. He tells me that another duel has been fought this morning and that one of the parties was shot through the heart. This dueling is carried to a dreadful extent here, no punishment whatever is suffered by the honorable murderer. He is allowed to go free like any other member of the community. Such a state of things is indeed dreadful. A singular satisfaction – must it afford two men to stand up and be shot at? What thinks that poor immortal soul thus carried away, uncalled, into the presence of his Maker? It is a sad, sad thought. I fear it will be a long time before this dreadful practice is done away with here.

Another duel was fought this morning, one of the opponents badly wounded. Mr. Morgan tells me that another one is to be fought tomorrow. This is indeed dreadful.

July 9, 1852. Duel – A duel took place yesterday morning at the Race Course, beyond the Mission Dolores, between James S. Wethered, Esq., and Clinton Winter, Esq., of the firm Winter & Latimer. We did not learn the origin of the difficulty. The parties fought with Colts Navy revolvers, at a distance of ten paces. The pistol of Mr. Winter, after the third discharge, got out of order and would not revolve, and while in the effort to fire, received his adversary’s fourth ball in the side. The wound is severe, but is not considered dangerous. Numbers of persons witnessed the affair. We understood that the terms were that the parties should fire until their pistols were entirely discharged. Mr. Wethered, however, reserved his fire after the fall of Mr. Winter.

Since writing the above we are informed that Mr. Winter is not so severely injured as was thought at first. He will probably be able to make his appearance among his friends in a few days.

June 11, 1853 The San Francisco Herald had a regular fighting editor named John Nugent. He was engaged in several duels. One of his duels was with John C. Hays, then sheriff of San Francisco. Hays resigned from his office to fight this duel. They fought on the Ridley Ranch near the bay shore. As Hays was the party challenged, he chose rifles as the weapons. At the second shot Hays’ ball shattered the bone of Nugent’s arm from shoulder to elbow.

June 15, 1853. Dueling seems to have become almost epidemic among us. Hon. Messrs. Gwin and McCorkle, members of congress, after exchanging three shots ineffectually, with rifles at 30 paces, were reconciled by the mediation of their seconds. Mr. John Nugent, of the S.F. Herald, was badly wounded by Alderman Hayes, having suffered a compound fracture of the right arm. It is hoped Mr. Nugent may escape the necessity of amputation. Dr. A.B. Crane, formerly of Louisiana, died on Saturday last from the effect of a wound received the day previous in a duel with Mr. Edward Toby

June 24, 1853. Death is not sufficient to deter men from making it their glory to despise it; but if every one that fought a duel were to stand in the pillory, it would quickly lessen the number of these imaginary men of honor, and put an end to so irrational a practice.