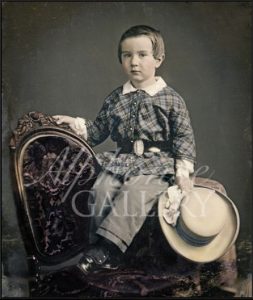 In 1839, Louis Daguerre of France introduced a process that produced some of the first photographic images. He sold his idea to the French government who made it a gift from France “free to the world”.

The process became known as the

The idea was revolutionary. For the first time a lasting picture could be accurately produced in minutes!

How does it work?

Good Description of the Daguerreotype Process

Samuel Morse (of telegraph and Morse Code fame) was in Paris when the process was revealed. He met with Daguerre to learn of the process and then brought the idea to the United States.


and made him the offer of his lifetime.

For $25 (about $700 today), Morse would teach Gurney the daguerreotype process

so that Gurney could open his own studio.

Due to the quality of his work he was considered the finest daguerrean in New York City.

THE WORK HAD ITS DANGERS

The process was new and still “developing”.

There were unfamiliar chemicals and heat sources that could catch fire.

Fortunately, Gurney’s wife noticed that he was acting strangely 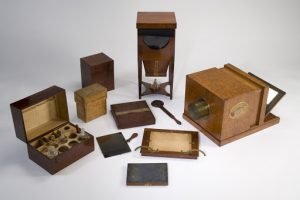 and slowly recovered from a terrible ailment


Ventilators were recommended when working with the mercury process,

but he had not gotten around to installing them.

“DISTINGUISHED PERSONS OF THE AGE”

Rather than photographing political or entertainment figures,

his clients were from New York’s society elite 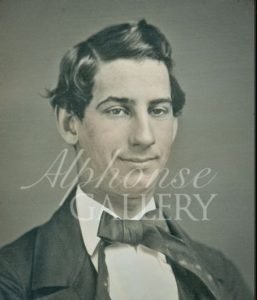 In 1852, Gurney settled into a gallery at 349 Broadway in Manhattan, where he remained for more than a dozen years. Gurney’s Daguerrean Gallery was a celebrated success, it “consisted of nine spacious rooms, devoted exclusively to this art”, along with ”reception saloons” or galleries, with portraits of the “Distinguished Persons of the Age” that had been photographed at the studio. 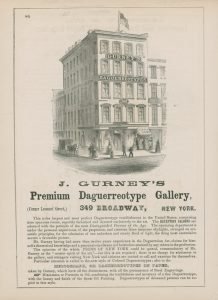 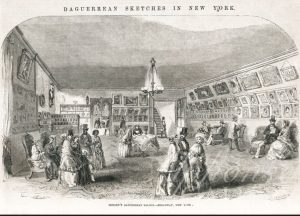 Under the genius of American industry and skill, the Daguerrean process has been improved to a degree that would surprise even the discoverer himself; and we are candid in saying that in our opinion no single man has contributed more to this improvement that our fellow townsman, Mr. Gurney; a gentleman who has been identified with that beautiful art almost from its discovery. Mr. Gurney has heretofore had his rooms exclusively at No. 189 Broadway, where he has won for himself a name, a fame, and we hope a fortune; but in consideration of the increased demands upon his skill, he has recently taken additional and extensive rooms at 349 Broadway, which have been most admirably arranged and adapted to the purposes intended. The reception-room is, properly speaking, a magnificently-furnished gallery of pictures, comprising several hundred of the finest specimens of Daguerrean art; and the operation rooms, three in number, have all be adapted, at great expense, to the object of securing the best arrangement of light and shade for artistic effect and rapidity of execution in all conditions of the atmosphere. Of the style of Mr. Gurney’s pictures it is hardly necessary to speak; the pictures speak for themselves, and have won for the successful artist an extensive business and an enviable name.

WHAT DID THE NEWSPAPERS SAY?

His business flourished and in 1858 he built a three-story white marble studio at 707 Broadway to house his pictures.

This was the first building built for the sole purpose of photography in the United States.

Willie, when just 25 months, excited my surprise one day. I was dressing, and Willie had been sitting on the floor behind me playing a little, when I heard him say, “why this looks like Mama”. I turned around and found the little fellow had opened a small closet under my berth and there on the floor had a daguerreotype taken of me three years before. It was miserable, many of my family on seeing it did not know it, and my friends who knew me well were surprised when they heard that I had ever sat for that not-at-all, in their opinion, likeness. But bad as it was, I could see the likeness, though it certainly was something approaching a caricature. But Willie’s quick eye instantly traced the likeness, though he said, “it is not pretty Mama.” I then showed him a daguerreotype likeness of his father taken some three and one-half years before. He instantly said it was Papa. This likeness I think was quite good, though anything but flattering. However, some of Williams’ most intimate friends had pronounced it no likeness. Even Horatia did not know it. But Willie guessed it.

While in New York I took Willie to have his likeness taken, intending to have three if they could be taken good. Of this I had my doubts and the young man in the reception room added by shaking his head and saying that he, Willie, seemed to be very restless, amusing himself with whatever presented. However, I tried it, and never was anything more successful. He had four excellent ones taken – one for Mr. Gurney. It was a pretty sight indeed to see the little fellow. He sat just as Mr. Gurney and myself fixed him, and then was fully taken up with the toy or picture Mr. Gurney held up to his attention. When Mr. Gurney handed me the first one to look at, I saw at once it was good, called Willie to me, who was then on the floor playing, and asked him who that was. He looked and smiled and at once said, “Willie”.

COULD ONE OF THESE BE WILLIE? 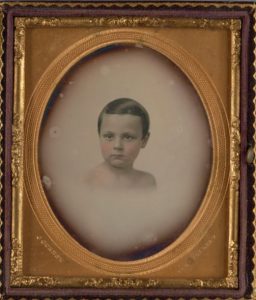 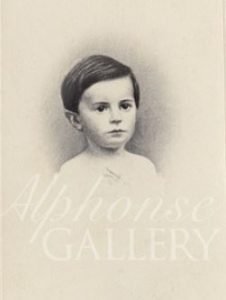 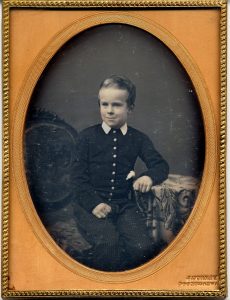