In Sarah’s journal entry of August 31, 1853, she mentions a visit to the home of wealthy merchant Gideon Nye where they view “the comet” through his spyglass.

This was the Comet of 1853, which was quite famous at the time. 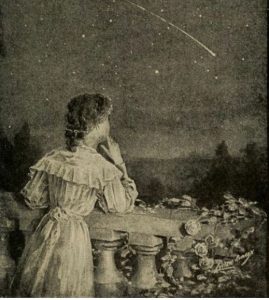 Here is how Sarah describes it:

At dusk we had a fine view of the comet through Mr. Nye’s spy glass, which he had sent in for that purpose. This comet realizes more of my childish idea of a comet. There is the bright glove or star and apparently issuing from it is the long flaming tail. It looked very beautiful.

The Comet of 1853 was discovered by the German astronomer Wilhelm Klinkerfues.

It was visible to the unaided eye from early August 1853 through early October 1853. 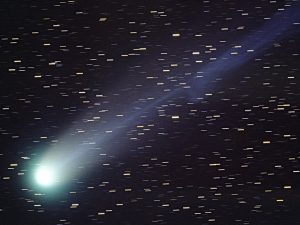 Here is the official description of its pattern:

During early August, situated in southernmost Ursa Major in the evening sky, at magnitude about 5. Comet moved slowly to the southeast, gradually entering the twilight. Already on August 13, of about third or fourth magnitude. By the 19th, reported as bright as second magnitude with a tail several degrees long. On the 26th, about magnitude 0 with a 10-degree tail while located within the evening twilight in eastern Leo. During the last days of August and the first week of September, visible telescopically in daylight, head’s magnitude at least -1. Comet moved south of the sun to become a morning object for the southern hemisphere. In mid-September, when situated in Hydra, of second magnitude with a 5-degree tail. Comet faded rapidly and was lost to the unaided eye before mid-Oct.

The Comet captured the imagination of many people that year.

PASSING EVENTS: THE TAIL OF THE COMET OF 1853

The English cartoonist George Cruikshank, who illustrated Dickens’ Oliver Twist, developed this incredibly detailed satire on the events of 1853 for the first issue of Cruikshank’s Magazine, January 1854.

Some of the events depicted have also been mentioned in Sarah’s Journal: 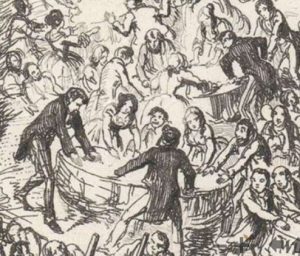 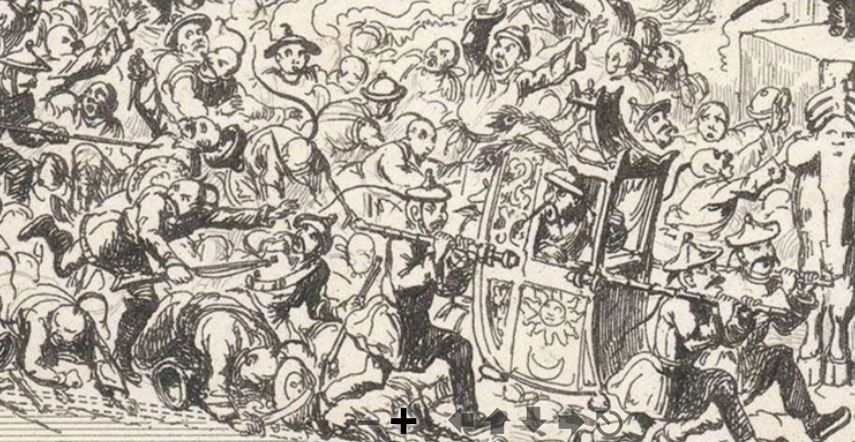 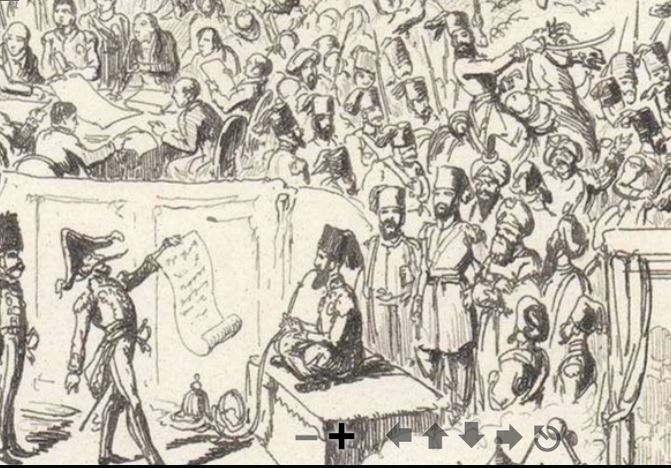 It also shows other notable events from 1853: 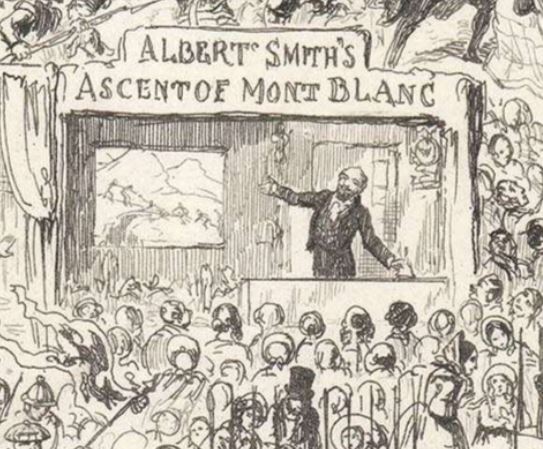 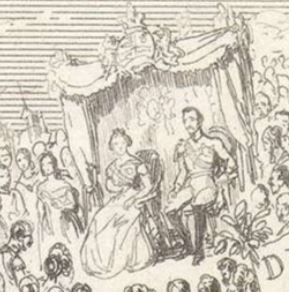 The Great Anteater at London Zoo 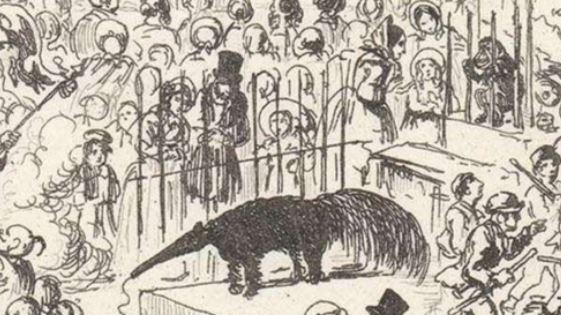 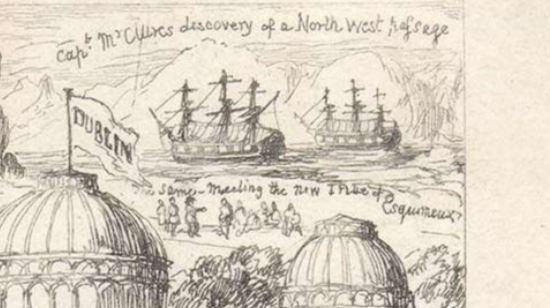 The work was also produced as an independent print.


Here is a description from the National Library of Australia: