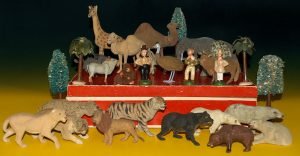 History of the United States, from the Discovery of the American Continent by George Bancroft
Lays of Ancient Rome by Thomas Babington Macaulay
Journal of the Pilgrims at Plymouth, in New England, in 1620 by George B. Cheever

The Sabbath, and one of the most perfect days imaginable, or would be if we had some more wind. Also quite an exciting one for us quiet folks. Two ships sailing with us, and at no great distance, one a large Clipper on which we are gaining, but the wind is very, very light carrying us about three or four knots so that is slow work. How delightful it would be to have a good strong breeze come to our help and then we might run a little more exciting race. I wish we might come near enough to find what ship it is. Williams says she looks something like the “Sword Fish”, though not she. I should much like to know where this vessel now is. We left New York the same morning for San Francisco. The other vessel is a Brig, and Williams thinks a Whaler. She has sent off a small boat to visit us. If the wind does not very soon freshen up she will come up to us. The little boat uses sails and oars. She looks very pretty on this quiet deep blue ocean. Very likely the vessel has been out some time and wants to hear some news but we shall soon know, I suppose, also.

Willie is two and one-half years old today and we have been celebrating the event by presenting him with a very fine menagerie. The little fellow was delighted enough. He is fond of anything in the shape of animals for playthings and this is really a very pretty affair on quite a large scale. I had intended giving him a new plaything but said nothing of it. However, his father in our last evening’s walk also proposed doing so, saying that Willie had been such a good boy he must have the menagerie. The gift pleased me, and so this morning while Willie was on deck, we arranged the whole establishment on the dining table and then Williams went for Willie. His eyes looked wondrous large when they first beheld the sight. Most of the animals he knew and called at once by name. How delightful it is to be able to please the little fellow.

This morning is passing away, and it is most twelve, yet we have not read our Sabbath lesson together and we shall not until after these folks have made their visit and gone. This morning when I went upstairs before breakfast that part of the heavens where the sun was shining was covered with the singular beautiful sea-moss-like looking clouds I ever saw. Indeed I never saw anything like it in the heavens – it made me think of some beautiful sea mosses I had pressed.

Our visitors have been and gone. This bark is the “Vigilant” from New Bedford, left there ten months ago. Has been quite successful in getting oil – left Concepcion about a week ago. They met while there, our brother Charles Howland, his wife and one or two children. It is very pleasant to hear of their welfare, both parties being so far from home. This boat that came to us was commanded by the first officer of the bark. He told Williams that his last voyage was on board the “Ann Alexander” when she was lashed to pieces by a whale. The sailors all took to their boats, and were all picked up by another vessel. The craft of this bark was also the craft of that vessel. The mate also mentioned that they had had two or three boats “eaten” (as they say) by whales lately. Rather dangerous sport, I think.

Last evening I had a delightful walk with Williams. Notwithstanding we take tea by candlelight, we took Willie on deck after tea last evening. We wanted him to see the moon which filled yesterday and was then shining most magnificently. The little fellow has a passion for the moon, has noticed and loved it ever since he was seven months old. He also loves to look at the stars, and we had, notwithstanding our brilliant moon, quite a number of very bright ones. Jupiter was beautiful. We left Willie up with us till seven o’clock, he enjoying a fine game of hide and seek meantime. Williams and I walked till after eight then betook ourselves to the Cabin. While I sewed, Williams finished reading an article in Littell on Bancroft’s “History of the United States”. It was very interesting and I only wish Mr. Bancroft would finish his history. He has been a long time about it. The historians of the present age all seem to follow this dilatory fashion and it is rather aggravating as there are several very interesting ones on the carpet. After reading this article Williams finished Macaulay’s “Lays of Ancient Rome” which he had commenced the evening before- old favorite of mine, but news to him. I am reading today “Journal of the Pilgrims of Plymouth 1620”. Last Sunday I read the first part containing the original journal kept by the Pilgrims themselves – today I am reading the second part written by George B. Cheever, D.D. I think I shall find it interesting; it looks very much so. With the first part the journal, I was delighted and sadly disappointed when it came to an end, which it did at the commencement of a very interesting period. I wonder why they did not carry it on.

Have just returned from the deck, we are quite near the Clipper Ship. Williams thinks it is the “Sword Fish”. We shall pass very close to her and be able to speak. Our wind today is very light, going between two and three knots. Oh, how I wish the wind would breeze up and then we might have a little run together. Willie and Charlie are on the floor with the menagerie between them – most intently engaged in arranging and re-arranging the whole establishment. They have sat there for more than an hour. Their little tongues run fast and their laugh heard very often. We have just passed the Clipper. It was “Star of the Union” sailed from the port of New York the 30th of January some 13 days before us. I do not envy the feelings of her Captain. I should feel mortified enough to have a ship pass our “Sea Serpent”. She is the only Clipper ship we ever sailed with except a clipper whaleman. The “Sword Fish” left New York the same time that we did. We left her somewhere, or somehow, so I must expect her also. But then I could not call that as satisfactory as this. So far the Sea Serpent has passed with the most perfect ease every vessel she has seen on the Ocean. We passed this ship at four o’clock this afternoon. It was pleasant to hear her bells as they struck. The wind was so very light as we passed that Williams and the Captain of the “Star” had time for quite a conversation. There were several gentlemen passengers, no ladies.

A little scene has just passed – the steward punished Charlie on deck for disobeying him. I heard him whipping him and Charlie’s cry; but immediately I heard my little Willie crying also. I went up to the house and found him crying as if his heart would break, yet all the time trying to console Charlie. But in a few moments he ran up to the steward and commenced slapping him as hard as his little strength would allow, and scolding him in the greatest passion. Mary said while Charlie was being whipped, Willie fairly danced up and down with passion, commanding the steward to stop. I called Willie away from the scene. I regret much that he should have witnessed it, and took him with me to the Cabin. He was very angry with the steward and talked a great deal about him, calling him very naughty and said that he had better mind his own business. I talked to him for some time and tried to convince him that it was Charlie who was naughty and disobedient and that it was the steward’s business as his papa to punish Charlie and try to make him a good boy but all to no purpose. His feelings were too much enlisted in Charlie’s behalf. I regret this all very much – shall again talk to Willie tomorrow. He will then listen more coolly.