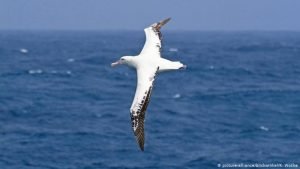 Here we are beating about and although five o’clock in the afternoon are in the Straits of Le Maire. The wind has been ahead all day and whether we bid this Strait farewell or not tonight remains yet to be seen. All things were so unpropitious last evening, or rather late yesterday afternoon that although close to the Strait, Williams concluded not to attempt entering so the ship lay by all night. It is distressing thus to be delayed on our way when we are so anxious to reach our port, but I must not complain, for without a doubt it is best and right that it should be so, and then I enjoyed, because Willie did, a good night’s rest – something I have not had for several nights. The ship was so quiet that it was almost like resting on shore.

This morning was delightful, but this afternoon it is dark and cloudy and our sea is becoming quite rough. It was very much so a little while before dinner. This morning immediately after breakfast, we all hastened to the deck, and as I welcomed these to me quite familiar hills and banks, I missed much Molly dear, who has ever before been our sea companion. It seemed as if I must see her, if I but turned my head, but alas she was far away. I thought, would this scene ever again meet her eyes; would the Albatrosses and Cape Pigeons that were flying round our ship, or floating on the water, ever again be seen by her. They seemed this morning associated with her and I longed to have my sister with me. She has been in my thoughts constantly today.

This morning there were a great many and quite a variety of birds flying round us. Four beautiful white breasted ones had alighted on a small island of floating seaweed and in this pretty style came floating on and past our ship. It really was a very pretty sight. The Cape Pigeons were the most beautiful birds I have seen at sea. Their wings are beautiful and breasts snowy white. But the Albatross is the most stately in its flight – only at times do you see any motion to its wings. Stately and graceful in its flight as it soars on high or descends to the waves. I love to watch these ocean birds. They are generally far more graceful than the land birds. But I must give up writing as it is becoming very rough.

My dear, dear Williams I only wish you could find time to take a little nap. Up late, up early and on deck all day – so busy, and with so much care that I hardly like to disturb you even with a question. But here he comes.

Evening – it was impossible to make our way through the Straits and with dark night coming on, Williams sailed a little to the Northward, I believe far enough to just clear the Straits and here we are again lying by, waiting for some change for the better. May it come speedily. Our ship is again quiet, rolls a little but not enough to trouble anyone and Willie has taken advantage of it since tea to have his usual frolic with me, and it has been the wildest evening we have had yet. He is a regular boy and as wild as such a little fellow can sill be. Dear Williams is again on deck but hopes to come down soon.

Read a very pretty story this morning, “Katie Istiont”. I suppose Williams will hardly read aloud again till we are safe round and to the North of the Cape, and glad indeed shall I be when we are so.

We are now reading “Plutarch’s Lives”. Strange to say I never read them. They are extremely interesting but as familiar as if I had often read them before. Thanks to good Mrs. Milligan who drilled me pretty well in ancient history. It being her pet study, I believe. My Gibbon also proceeds but slowly, about ten pages a day. I have half finished the first volume. There are three and I want to finish them and read Alison’s History of Europe before my return. And now for a few words to Molly.